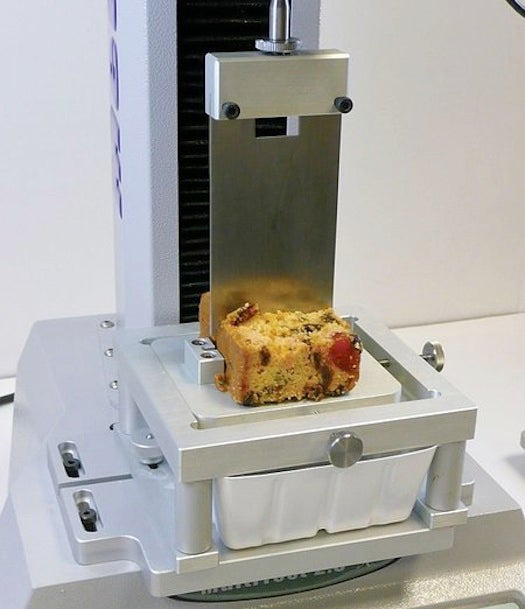 In the sometimes strange world of food technology, one of the many aspects of food that gets measured is its texture, and accuracy is key. That’s why your grocery-store cookies are always reliably chewy from one batch to the next, and that’s why it’s possible to while away an afternoon on YouTube in10-second increments gawking at texture analysis machines. Here’s a look at a few of the best.

The Warner-Bratzler blade slices through different foods and objects — simulating a biting mouth, sort of — and measures how much force it takes to get through them.

This one isn’t limited to potato chips, but they seem to make for the best demonstration. Like the Warner-Bratzler, it’s used for texture analysis, applying pressure until the chips (or sausages, or noodles) start to break down. After that, it maps the results and graphs them.

To get the texture of a piece of chicken, the TA-XT2 compresses it with a metal arm twice.