How Astronauts Train at the Bottom of the Sea

Since 2001, planners at NASA’s Extreme Environment Mission Operations (NEEMO) program have been sending people to live in Aquarius, an … Continued 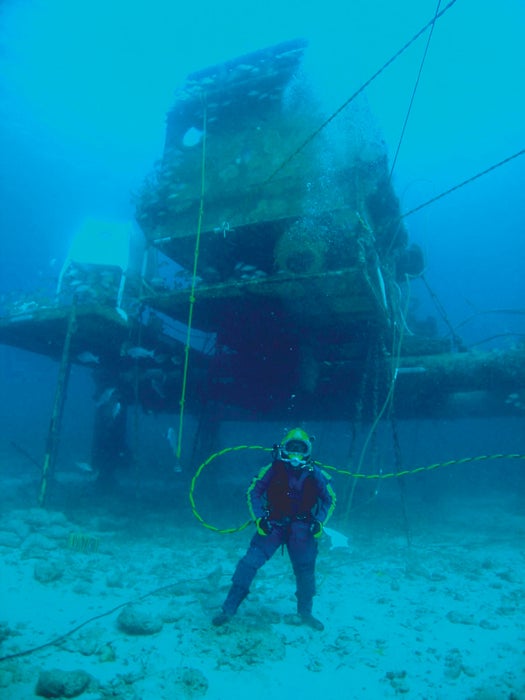 Since 2001, planners at NASA’s Extreme Environment Mission Operations (NEEMO) program have been sending people to live in Aquarius, an underwater laboratory three and a half miles south of Key Largo, Florida. Last month, during NEEMO’s 16th mission, three astronauts lived there for 12 days, testing strategies for future asteroid expeditions, evaluating the best spacewalking techniques, and planning how to sample rocks and soil. 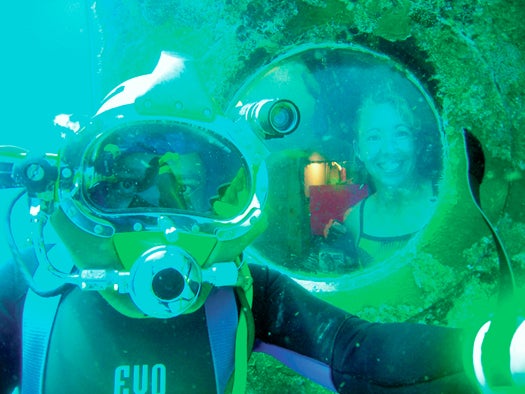 At night, after hours of walking on the ocean floor, aquanauts recognize their undersea habitat by a strange light in the distance. “You see the glow coming out of the portholes,” says astronaut Mike Gernhardt, who has logged 43 days in space and also works on the NEEMO program. “It really is like coming back to a spaceship.” Aquanauts enter their school-bus-size underwater home by swimming up through a hole in its floor. Aquarius constantly hums with white noise from carbon dioxide scrubbers that, similar to those on the space shuttle, make the air safe to breathe. The main living area is kept at 2.5 atmospheres of pressure so that residents can swim outside without becoming ill. The heavy, pressurized air makes it difficult to whistle. 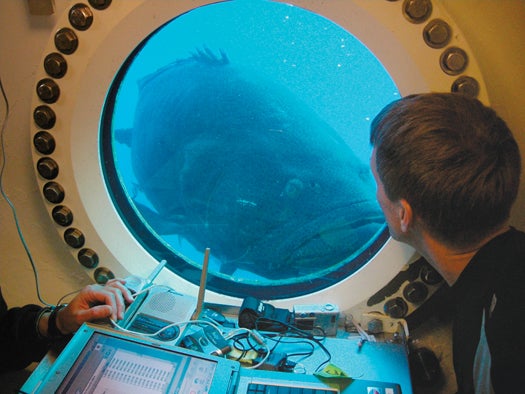 At the end of their mission, the aquanauts open Aquarius’s vents to depressurize the habitat and themselves over the course of 16 hours. Then they don their wetsuits and swim to the surface.