At the Olympic level, where cyclists are in roughly the same physical condition, the difference between victory and defeat often... 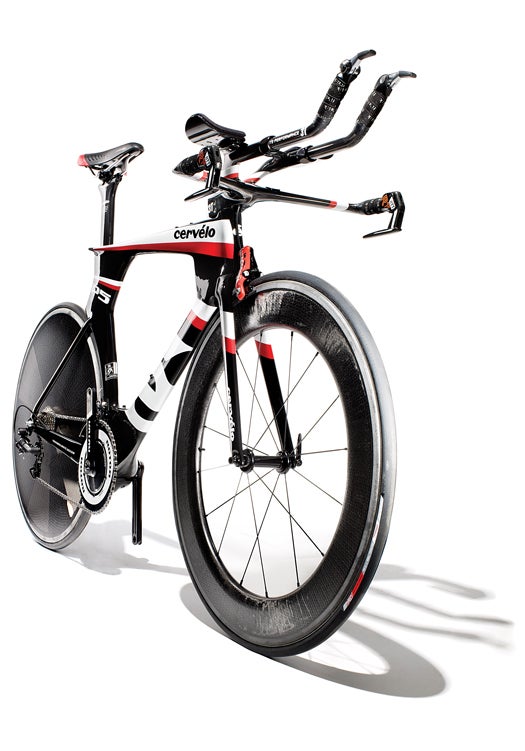 At the Olympic level, where cyclists are in roughly the same physical condition, the difference between victory and defeat often boils down to a bike’s aerodynamics. The more smoothly air flows over a frame and rider, the less wind resistance he will feel and the faster he’ll go. Engineers at Cervélo used aerospace-grade computational fluid dynamics software and virtual wind-tunnel tests to design the P5, the most aerodynamic bike ever.

With the software, the team at Cervélo designed, rendered and wind-tunnel-tested dozens of P5 prototypes, before ever constructing a physical model. They identified and refined drag-causing areas. For example, they lowered the handlebars and added internal hydraulic brake cables. They also created a tapered rear edge on the seat post, which reduces turbulence off the rider’s backside, allowing air to flow more fluidly around him. The changes translate to 75 grams less drag than on the P5’s predecessor, a reduction that could result in gains of 1.6 seconds per mile—and a gold-medal run in the 44-kilometer Olympic time trial.