Chinese astronauts floated into an orbiting space lab Monday, another milestone for the country’s space program that puts it on... 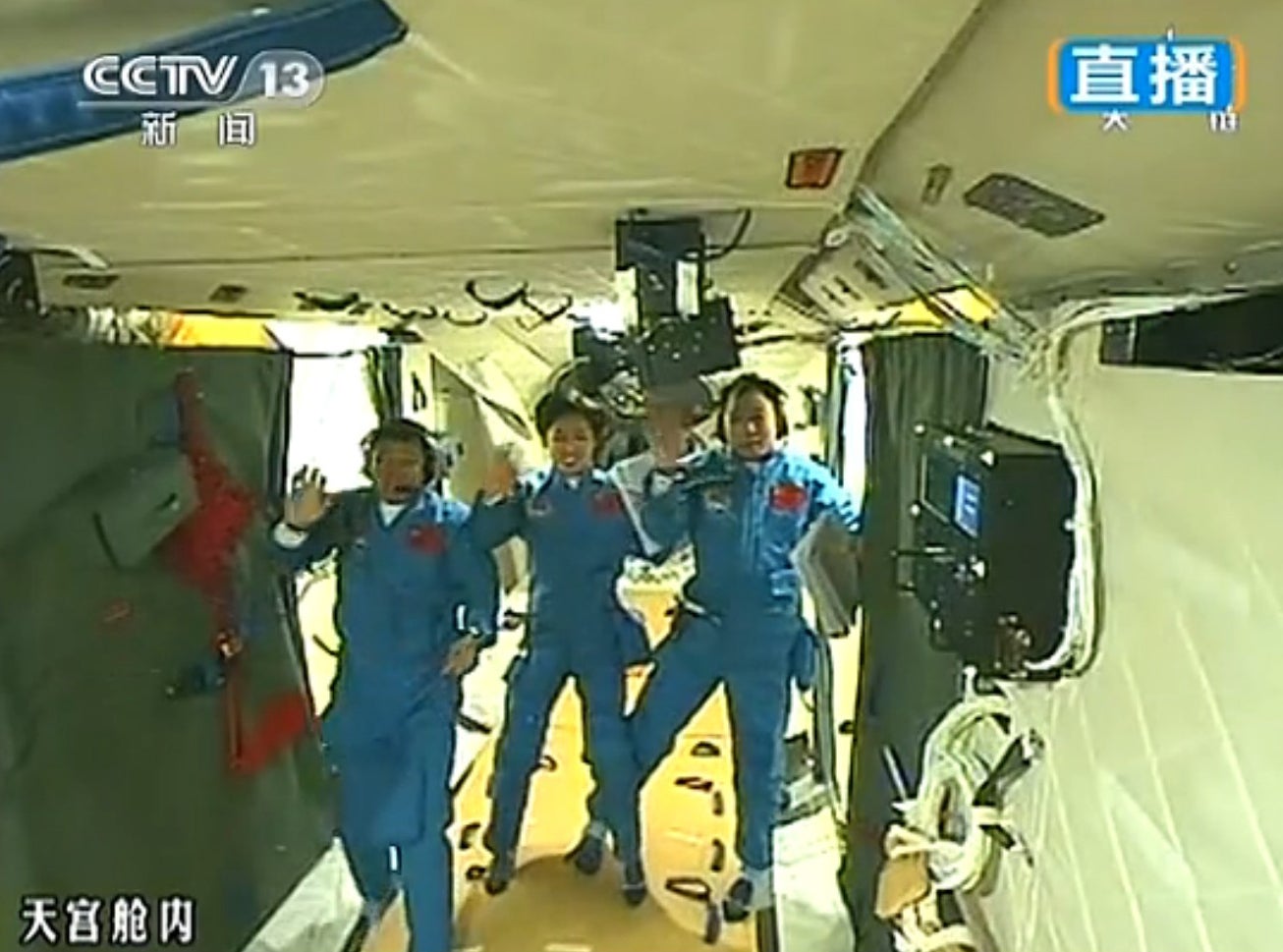 Chinese astronauts floated into an orbiting space lab Monday, another milestone for the country’s space program that puts it on par with Russia and the U.S. An automatically controlled docking maneuver connected the Tiangong-1 space lab with a manned Shenzhou space capsule early Monday morning U.S. time.

Six days from now, the spacecraft will separate and the crew will re-dock, this time in manual mode instead of automatically. Two astronauts — known as taikonauts in China, and including China’s first female space voyager — will stay on the orbiting lab for the 13-day mission, while one will stay in the Shenzhou capsule for safety reasons.

Manned spacecraft docking with another object in space is something the U.S. first accomplished back in the Gemini program in the 1960s. But it’s worth noting that this is only China’s fourth manned spaceflight, and that its space program is not quite a decade old. China’s space ambitions include building its own space station, which apparently has piqued the interest of U.S. defense officials.

A manual docking will demonstrate China’s grasp of space rendezvous know-how, Chinese officials said. China launched the 8.5-ton space lab, named for “Heavenly Palace,” last September. An unmanned Shenzhou docked with it in November, testing procedures that led up to Monday’s manned docking. Eventually, it will serve as a component for a Chinese-built space station, which is planned to be complete by 2020.