Watch It Live: SpaceX’s Dragon Capsule Splashes Back Down on Earth This Morning 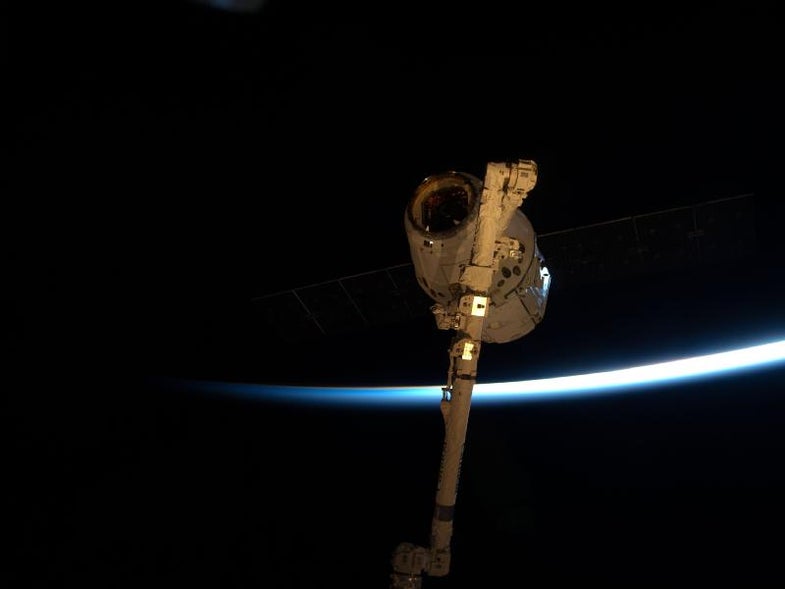 Updated: One last major milestone achieved for SpaceX’s Dragon capsule today: A successful splashdown and recovery. The privately built spacecraft unlatched from the International Space Station earlier this morning and returned to Earth, parachuting to an ocean landing.

Dragon careened back to the surface “like a burning comet,” according to NASA, albeit a controlled one. Thrusters on its exterior guide it to the proper landing spot, which was about 490 nautical miles southwest of Los Angeles.

“Dragon is in the water,” said Josh Byerly of NASA’s Johnson Space Center in Houston, according to wire reports.

Reminiscent of the Apollo and Mercury splashdown days, three ships served as recovery boats, according to the AFP. Only this time, it wasn’t the U.S. Navy who retrieved them.

Dragon is carrying cargo from the ISS, so its next destination is Texas, so the cargo can be returned to NASA.

This will be a real feat, because other cargo ships never return home after docking with the ISS. Dragon is different because it can be used again and again, for cargo or eventually crew. Dragon connected with the ISS over the weekend after a successful launch May 22.