Aside from a couple particularly nasty collisions, dead satellites comprise the bulk of our planet’s space junk problem — as... 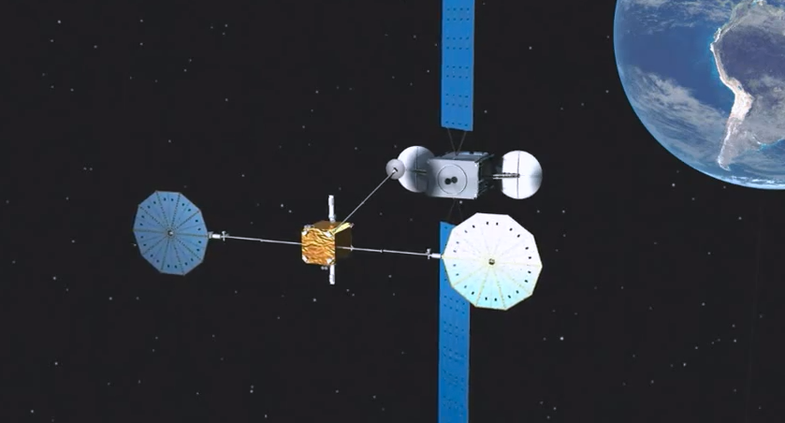 Aside from a couple particularly nasty collisions, dead satellites comprise the bulk of our planet’s space junk problem — as they die, get fried by radiation and become zombies, or are decommissioned, there’s nowhere for them to go. ViviSat aims to change that by servicing satellites where they are, pushing them into new orbits and allowing them to live longer.

ViviSat, which was founded last year, says it is in contract negotiations with satellite providers to work as a sort of on-call satellite doctor. When a satellite ends up in the wrong orbit or needs extra power to maintain it, ViviSat can launch a Mission Extension Vehicle to rendezvous with it.

It would launch on an ATK rocket, which could fit two at a time. Once it reaches orbit, it unfurls a solar array and sensors to track down the satellite it’s meant to assist. When it reaches its target, it uses proximity sensors and other tools to dock with the ailing orbiter, and then it could push it into a different orbit. It wouldn’t add fuel or take anything off the host satellite, which ViviSat says is a plus, because satellite builders may not want a third-party company tinkering with its massively expensive spy array or whatnot.

About 350 satellites orbit Earth in geostationary paths, and every year, about 25 of these run out of fuel, according to the company. Maybe 10 of those 25 are good candidates for an MEV servicing — not a huge number, but one that could still cut down on space waste.

ViviSat is a partnership between rocket launcher ATK and U.S. Space, which will manage the missions. At a conference this spring, ViviSat officials said government and private entities are interested in their services. The company just released this animation explaining how its MEV would work.