Nike’s TurboSpeed, which sounds like the name of a Hot Wheels playset, is an ultra-lightweight track suit designed to help... 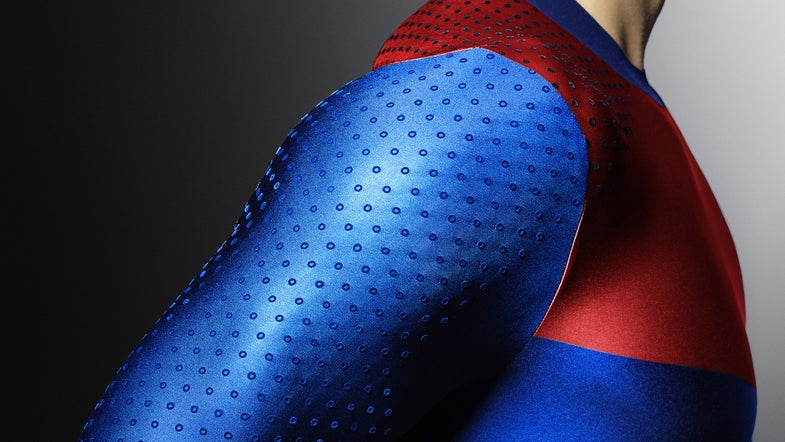 Nike’s TurboSpeed, which sounds like the name of a Hot Wheels playset, is an ultra-lightweight track suit designed to help sprinters reach that extra height. Oddly, it’s inspired by the golf ball, which is why it has all those odd little dimples. But we prefer to think of them as speed holes.

It sounds insane to look to the slowest game in existence (like, yes, curling is slow, but at least you could slip on the ice or something) to improve the speeds of the fastest runners on the planet, but it actually makes sense. The dimples on a golf ball aren’t there for looks. Here’s Wikipedia’s explanation for why the dimples are there:

Reduction in drag–definitely something you want in a tracksuit. And according to Nike, the dimples work, to the tune of up to 0.23 seconds. Seems like not very much, but considering how fast these runners finish 100 meters–that could be the difference between medals, or the difference between a world record or not.