Today in Mind Reading: Brain Scans Can Predict If You’re About to Make a Math Mistake

Along with predicting our future behaviors, brain scans can guess when we’re about to make a cognitive error, mis-processing a... 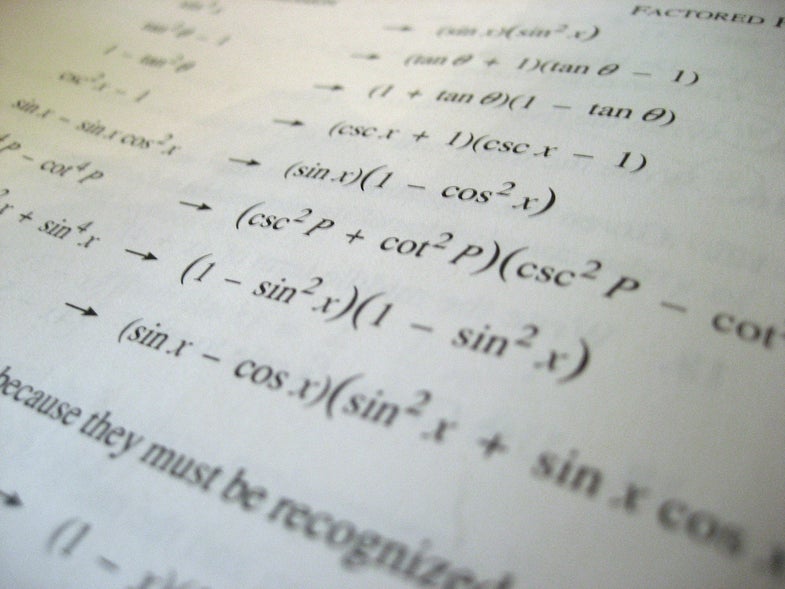 Along with predicting our future behaviors, brain scans can guess when we’re about to make a cognitive error, mis-processing a math problem because we’re thinking too hard. Like a dashboard widget watching your computer’s RAM, brain wave patterns can be used to detect when the brain is approaching its limits of processing power, according to new research.

Federico Cirett at the University of Arizona was studying learning differences among non-native English speakers versus fluent English speakers, and noticed the non-fluent people had more difficulty answering various types of questions. He attached an EEG to volunteers’ heads to monitor their brain activity as they solved math problems on the SAT exam, and tried to figure out why they were distracted.

The measurements were correlated with questions about how engaged the students were, their perceived levels of difficulty, and their feelings of frustration, according to the U of A, where Cirett is completing a Ph.D. The subjects were all university students, according to a university news release.

An EEG monitors waves of activity in the brain, and Cirett wrote an algorithm that classifies different types of waves. He examined the students’ responses about frustration levels, and came up with a system that can predict how well they’ll do on a given problem. Ultimately, within about 20 seconds of starting a problem, Cirett could deduce via students’ brain activity whether or not they would get it right, he says. The system works with 80 percent accuracy, much better than chance.

Surely everyone knows how it feels when your brain is overworked — that sense of fuzziness, distraction and slowness that can be the hallmark of an extremely busy Monday. So it makes sense that brain scans could pick up this feeling, noting when your brain is about to be overloaded.

Cirett and his collaborators wrote a paper about their work and will present it at a User Modeling, Adaptation and Personalization conference in Montreal in July.