After Much Fanfare, North Korea Launches Rocket, Which Falls Apart

Early this morning, North Korea attempted to put a satellite into orbit–or, at least, that’s what the DPRK claims, though... 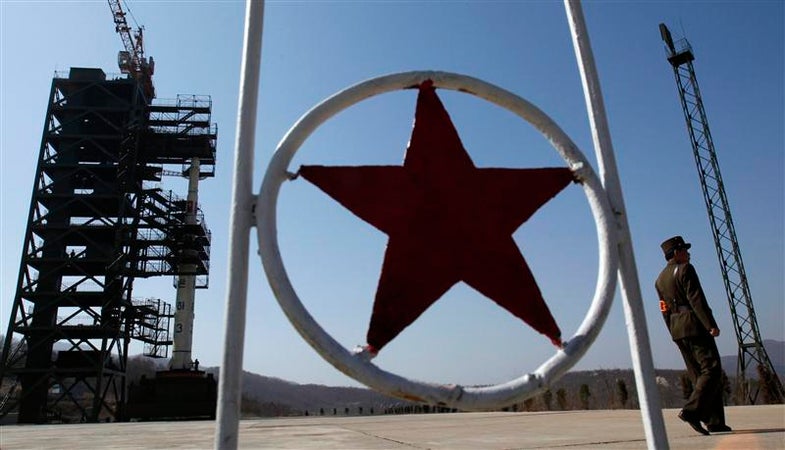 A soldier stands guard in front of the Unha-3 (Milky Way 3) rocket sitting on a launch pad at the West Sea Satellite Launch Site, during a guided media tour by North Korean authorities in the northwest of Pyongyang in this April 8, 2012 file photo. REUTERS/Bobby Yip. BOBBY YIP
SHARE

Early this morning, North Korea attempted to put a satellite into orbit–or, at least, that’s what the DPRK claims, though hardly anybody actually believes that the aim was solely to launch a weather satellite. The rocket carrying the satellite failed to move into its second phase and exploded into dozens of pieces, which fell into the Yellow Sea in between the Korean peninsula and mainland China. Those are being quickly scooped up by the Chinese and South Koreans, who will try to figure out what North Korea was really up to. Recommended reading: longtime Korea-based journalist Donald Kirk’s overview; China Daily, for China’s comparatively subdued reaction; Foreign Policy for the U.S. reaction; and CNN for the reaction from the rest of Asia.