Until buildings can be cloaked from earthquakes or built to levitate above them, seismic sensors will help warn people of... 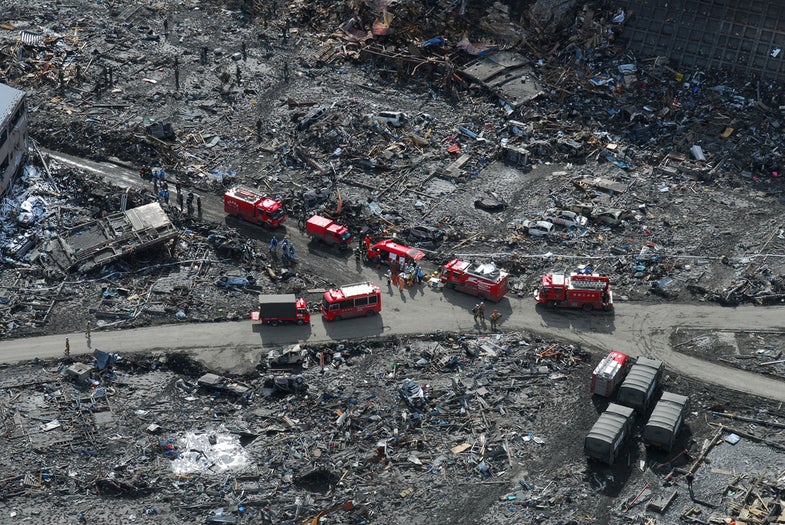 Until buildings can be cloaked from earthquakes or built to levitate above them, seismic sensors will help warn people of impending temblors — but seismologists always need more data. Rather than expanding earthquake tracking through expensive sensors, a new project in Taiwan aims to crowdsource quake data through Internet-savvy high school science students.

Pocket-sized MEMS sensors are being mounted to the floors of classrooms and students’ homes, where they connect to an open-source citizen science platform so scientists can analyze the Earth’s rumblings. The project aims to combine science education with crucial data collection, helping students understand earthquakes and their impacts. The first network was installed in a girls’ high school in northeastern Taiwan.

It’s modeled after a U.S. distributed computing network called the Quake-Catcher Network, created by Stanford University and University of California-Riverside, that links computers to a motion-sensing system. If you live in California or a swath of Missouri, Arkansas and Tennessee near the New Madrid fault, you can go here to learn how you can connect your computer to it for free.

This new Taiwanese version aims to augment the country’s 200 real-time seismic sensors, which are expensive and difficult to deploy. Like the Quake-Catcher Network, this system uses BOINC, an open-source software kit, to transmit the recorded data to servers where seismologists can analyze it. The students were taught how to use BOINC and how to install the sensors at home as well as use them at school, reports International Science Grid.

The goal is to create a model curriculum that other Pacific Rim countries, especially developing countries, can easily use. It is expanding to the Philippines next year.