Was This Robotics Research Done Just As Setup For a Pun?

We had to laugh about this robot from Georgia Tech. To design it, researchers put snakes on a plane —... 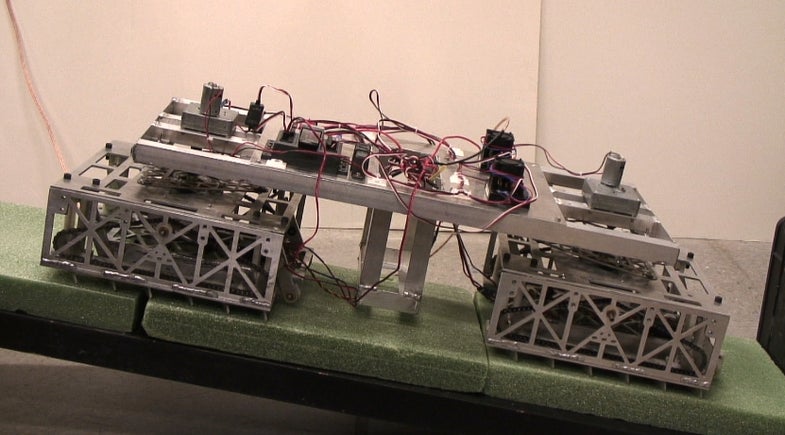 We had to laugh about this robot from Georgia Tech. To design it, researchers put snakes on a plane — an inclined surface — and watched them slither.

The result is actually cool: a robot that can climb up an inclined surface, called Scalybot 2, which mimics the rectilinear motion of snakes. It would not have been possible without the placement of some snakes on a plane.

David Hu, an assistant mechanical engineering and biology professor, and Hamid Marvi, a Mechanical Engineering Ph.D. candidate at Georgia Tech, have been studying videos of snakes moving around, watching their slithering motions. The team designed Scalybot prototypes that can alter their friction to climb around. The researchers presented their work at an American Physical Society meeting this week.

It’s pretty great when scientists can have some fun with their work, which Hu seems inclined to do. I have read through enough papers with titles like “Noonan syndrome-causing SHP2 mutants” (no offense to PNAS or anything) to welcome a little pop culture humor.