Smithsonian Is 3-D Scanning and Printing Part of Museum Collection

Please give me a Friendship 7 to call my own 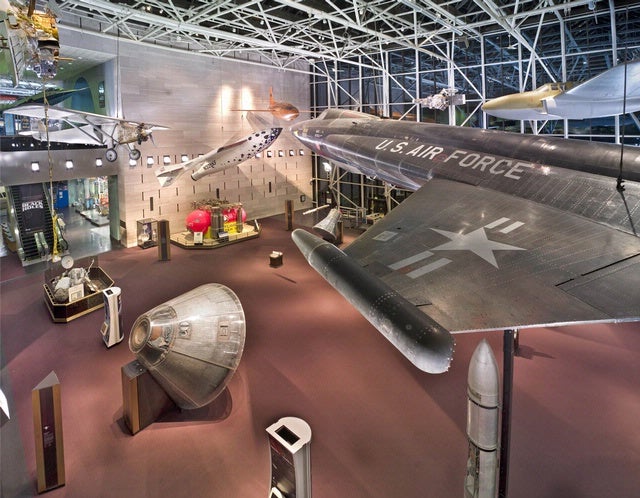 The Smithsonian Institution, guardian of the nation’s historical awesomeness, is building a new archive of 3-D digital models for key pieces in its collection. It starts with a statue of Thomas Jefferson and ends, we sincerely hope, with full-scale replicas of every item in the National Air and Space Museum, which we can personally print out with a souped-up Makerbot.

CNET reports that that some 3-D scanned items will become 3-D printouts, and others will remain digital models (which could also conceivably be printed, or used to help restoration efforts). Replicas would probably go to schools or other museums, but it would be fairly simple to put the plans online somewhere and let people hook up their own laser sintering devices.

A Smithsonian spokeswoman said this is not in their current plans, but hey, one can dream.

This would be amazing — instead of tinkering over hobby-store models, you could just print your own Spirit of St. Louis. Or the Apollo 11 command capsule. Or SpaceShipOne. What if you could print every single item in the collection and put it in your garage?

I personally choose the Wright Flyer, Friendship 7, Apollo 11 command module, and a Mars rover. (I already have a mini Spirit of St. Louis, so that’s accounted for.) If you could 3-D print awesome aerospace replicas, which would you choose? (There are lots of other items related to our nation’s history that are not aerospace, too.)

Already, you can check out several pieces from the museum’s Human Origins exhibit, featuring early hominid and primate fossils. The virtual objects on display here were either CT or laser scanned, according to the museum.

Smithsonian curators also scanned and 3-D printed a statue of our nation’s third president. It’s a replica of a Jefferson statue installed at Monticello, and it was apparently installed as part of a preview exhibit for the just-groundbroken National Museum of African American History and Culture. CNET has the scoop on how curators used a $100,000 Minolta laser scanner and worked with Studio EIS to generate a 3-D model, and studio RedEye on Demand to generate a 3-D printout. Head over to CNET for more details and a photo gallery.

And tell us what piece of our nation’s history you would print out, given the chance.