The White House wants NASA to collaborate with international partners. But it doesn't want to pay 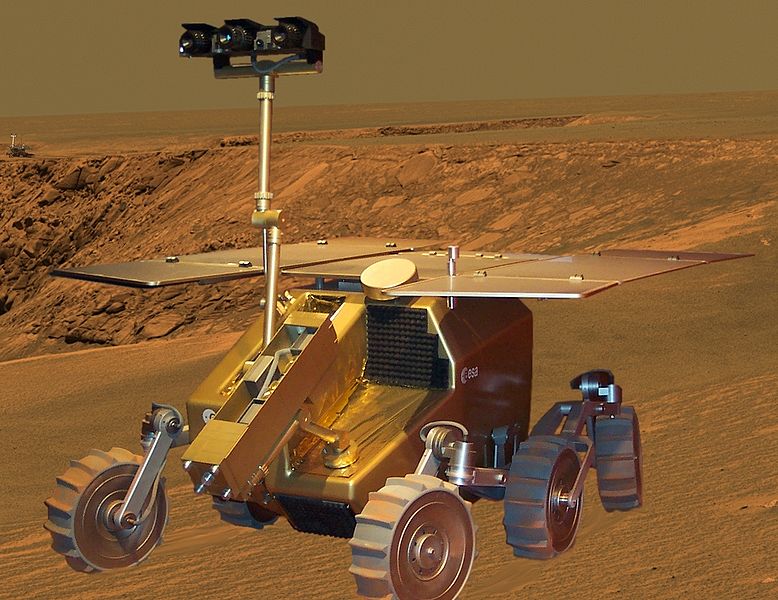 Of the panoply of dollar values and percentages that made headlines during yesterday’s federal budget unveiling, there’s one number that stands out that nonetheless received almost no mention yesterday: Five. That’s the number of large-scale space missions, originally designed as joint NASA-ESA operations, that the U.S. has backed out of in the last 12 months. Bailing on its international partners is starting to become a disturbing trend at the world’s premier space agency.

In the 2013 budget that the White House released Monday, NASA took its lumps like everyone else. The planetary science division, though, was hammered, losing 20 percent of its current budget and forcing it to abandon the ExoMars missions–two joint NASA-European Space Agency exploration missions to Mars slated for 2016 and 2018.

A third mission, the jointly backed Europa Jupiter System Mission (EJSM), would’ve launched at the end of the decade to explore Jupiter’s moons. NASA has backed out of all three over the past year, citing budget constraints. In all three cases, the ESA is looking into the idea of going it alone, or collaborating with other partners like Russia and Japan to bring these missions to fruition.

It’s difficult to decipher exactly what the message coming from the White House to NASA is.What’s most mystifying here is not that NASA is backing out of the aforementioned missions–indeed if you can’t afford it, you can’t afford it–but how it got involved in them in the first place. And at issue is whether or not NASA wishes to be an integral part of these kinds of missions, or whether it would rather take a backseat.

Either choice is fine, based on NASA’s priorities–I won’t argue that NASA must be first and best at everything. But a choice does have to be made. Joint NASA/ESA missions like ExoMars are the direct result of the 2010 space policy put forth by the Obama administration–a policy that called for one thing above all else: international collaboration across the board. Why spend the redundant dollars in Europe and the U.S., the president’s advisers argued, when we can collaborate on missions and get more bang for our collective bucks?

“If there’s one really broad theme it is international cooperation, which is woven throughout the new policy and it’s our sort of foundational emphasis for achieving all of our goals in space,” said Barry Pavel, senior director for defense policy and strategy for the National Security Council, at the time.

All that is to say that missions like LISA, IXO, and ExoMars were directly in line with the space agenda being pushed at the White House just two years ago. It was a good message. Looking back from 2012, it’s difficult to decipher exactly what the message coming from the White House to NASA is. To the scientists who have spent the last two years implementing this strategy of international collaboration, the new budget heaps inefficiency on top of incoherence. But to our biggest space ally in Europe, the message must be getting pretty clear at this point: NASA can’t keep its agreements.

Missions like ExoMars and LISA don’t exist in a void somewhere, penned on a whiteboard and otherwise disconnected from people and the machinery of government. Skin is already in the game. For the ESA’s member states, that’s estimated at something like 200 million euros, which will likely go up in smoke if the ESA can’t find the money and political will to move forward alone (or with Russia, who doesn’t bring the same technical expertise to the table as America would have) in time for an ESA council meeting in March. Surely there is some built-in economic cost to NASA as well, both in money and lost productivity, though at the time of this writing no number is being floated by the agency. This kind of waste isn’t productive in an environment where the word “austerity” has come to define an era.

That’s not to say that all is lost. NASA hasn’t totally abandoned its friends at ESA by any means, and NASA chief Charles Bolden’s staff is working with its ESA counterpart to pare down ExoMars to a single 2018 mission that would cost NASA a half a billion dollars less (reportedly with funds pulled from directorates beyond just planetary science, like human spaceflight and space technology).

But the fact remains that the message that the White House and Congress is sending NASA is as murky as ever, and that in turn is making NASA look pretty unreliable. Each time we leave Europe holding the bag it costs NASA prestige. Eventually, it could cost NASA a key partner.