A titanium jaw, made to order 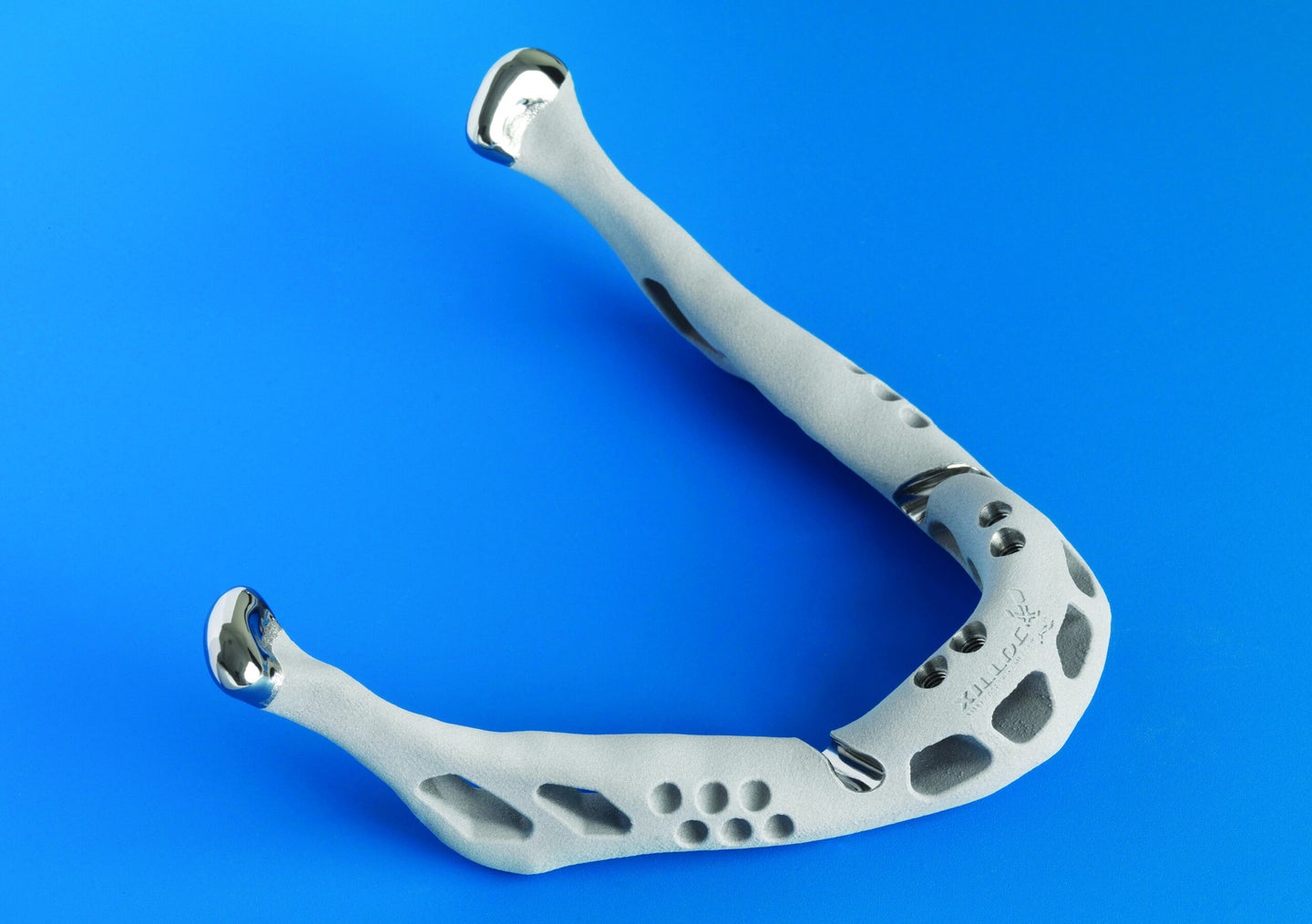 A European octogenarian is the recipient of the first-ever 3-D printed jawbone, made of titanium powder that was sintered together one layer at a time. The recipient regained her ability to speak a few hours after the surgery, Belgian doctors said Monday. It could pave the way for a new wave of 3-D printed body parts — maybe not full organs yet, but certainly bones or joints.

The 83-year-old patient who received the implant had developed a chronic bone infection in almost her entire lower mandible, and doctors removed it rather than risk reconstructive surgery, according to LayerWise, the Belgian company that built the new jawbone. Doctors and 3-D printing engineers designed an entirely new jawbone to fit the patient.

It is a pretty complex design, with dimples to increase the surface area, holes to promote muscle attachment and grooves to direct the regrowth of blood vessels and nerves.

Once the team designed the jaw, it was just a matter of sintering it together, according to LayerWise. A high-precision laser heated titanium powder particles to melt them together in successive layers. It took 33 layers to build just one millimeter, so the whole jaw consists of thousands of layers, BBC reported. Doctors coated the jaw in a biocompatible ceramic layer and attached it to the woman’s face in a four-hour surgery. That’s one-fifth the time it would have taken to perform a reconstructive surgery using the patient’s own mouthparts, BBC said. It weighs 107 grams, which is one-third heavier than her previous jaw, but doctors said she’ll be able to get used to it.

Doctors performed the surgery last summer in the Netherlands but it was announced today. “Shortly after waking up from the anesthetics the patient spoke a few words, and the day after, the patient was able to speak and swallow normally again,” said Dr. Jules Poukens of Hasselt University, who led the surgical team. The woman went home after just four days.

She has to have follow-up surgery to attach a dental bridge and some false teeth, the BBC said.