Next-generation Mars rovers might not need solar panels or plutonium packs for juice — they’ll bring microbes with them to... 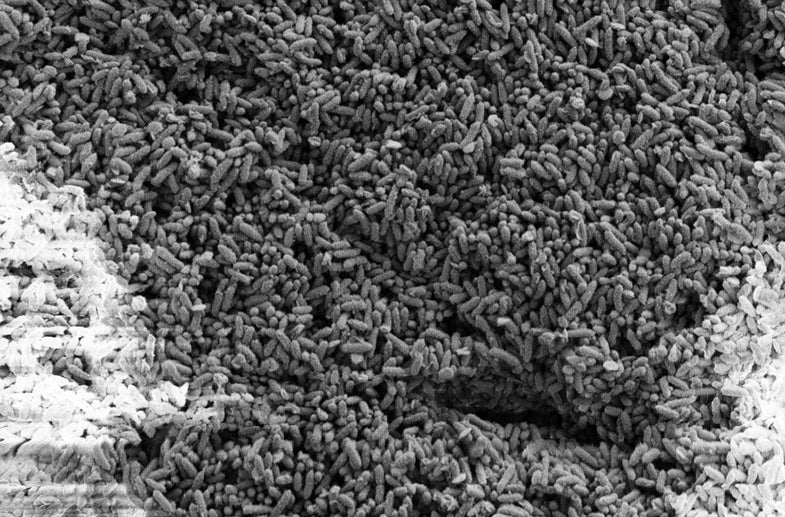 Next-generation Mars rovers might not need solar panels or plutonium packs for juice — they’ll bring microbes with them to use in fuel cells. The Naval Research Laboratory is working on potential fuel cell designs that will provide lasting power via the reproductive cycle of bacteria astronauts.

It would certainly be a departure from typical protocols that call for scrubbing all signs of life from any interplanetary gadgetry. But Navy officials say it could be more efficient and reliable than other power sources.

A microbial fuel cell could provide power in two ways: a continuous stream to maintain onboard control systems, and by charging a battery or capacitor that could be used to drive more power-hungry scientific instruments. A current prototype model would work with a bacteria called Geobacter sulfurreducens, an anaerobic organism that breaks down metals. The fuel cell would be ideal for long-duration missions, according to the Navy. Only one drawback: The Navy envisions a teeny rover weighing just 2 pounds, a far cry from the behemoth Curiosity rover or its predecessors, Spirit and Opportunity.

Fuel cells might not provide enough power to drive on wheels, but these tiny rovers could use the fuel cells’ power to jump-start a separate forward-motion mechanism, like perhaps tumbling it forward or hopping.

Gregory Scott, a space robotics scientist at NRL, just received a NASA Innovative Advanced Concepts research grant to investigate the initial phase of his concept. The Navy has plenty of experience in designing fuel cells — another microbial fuel cell unit we’ve seen harvests gas from bacterial metabolism to move an ocean sensor up and down in the water column.

Of course, a spacecraft using life forms for fuel would have to be very carefully designed to ensure no bacteria could escape and contaminate (or colonize) the surface of another world. 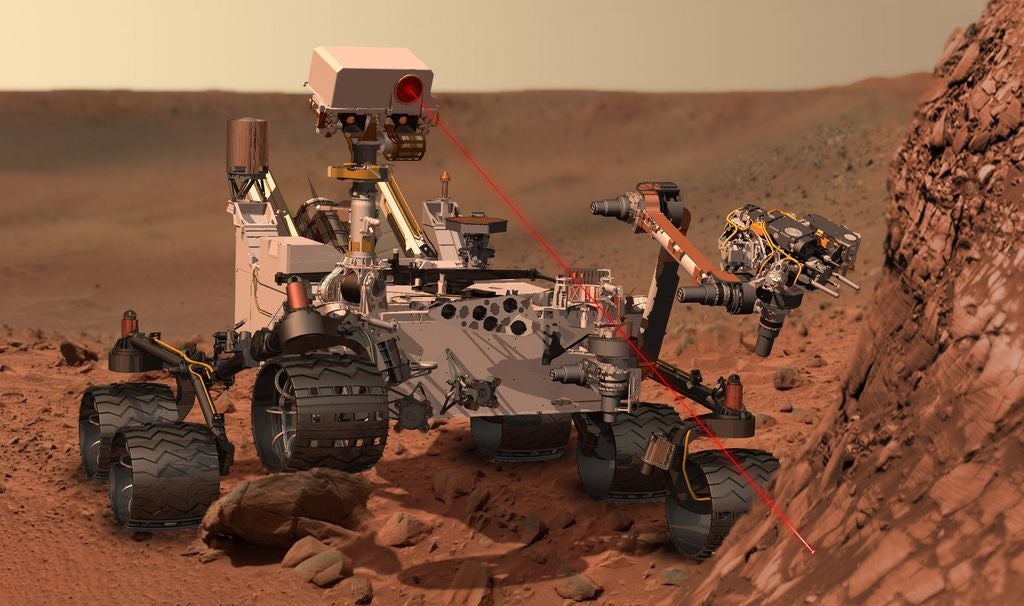 This artist’s concept depicts the Curiosity rover using its Chemistry and Camera (ChemCam) instrument to investigate the composition of a rock surface. ChemCam fires laser pulses at a target and views the resulting spark with a telescope and spectrometers to identify chemical elements. The laser is actually in an invisible infrared wavelength, but is shown here as visible red light for purposes of illustration.
fuel cells
microbes
microbial fuel cells
office of naval research
robotics