A new paint made of power plant waste and carbon nanotubes can automatically detect structural faults, alerting authorities before damage... 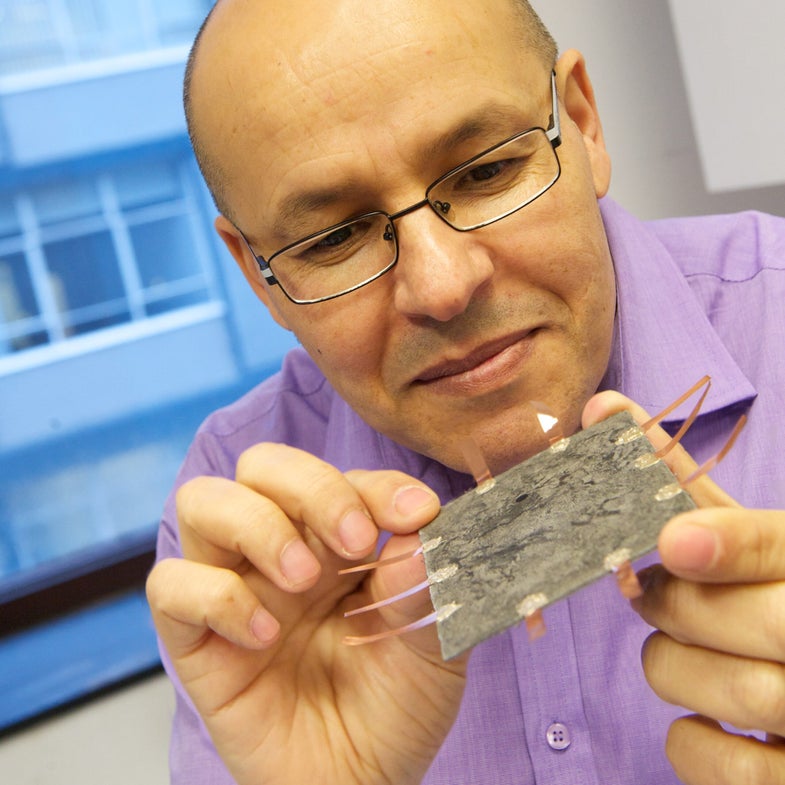 A new paint made of power plant waste and carbon nanotubes can automatically detect structural faults, alerting authorities before damage occurs. It could be a cheaper, easier way to monitor facilities like bridges, mines and even wind turbines.

It’s made from aligned carbon nanotubes, which can carry an electric current, and fly ash, which is a byproduct of coal burning. The paint can be sprayed onto any surface, and electrodes are attached to it, according to developers at the University of Strathclyde in Glasgow. If the nanotubes bend, their conductivity will change, which will be detected by the electrodes. Small wireless transmitters placed throughout the structure would receive data from the electrodes. If they detect a change in conductivity, this would be considered a sign of a defect in the structure. Then the system could conceivably alert the company or government body responsible for maintaining said structure.

This would be much cheaper and simpler than current monitoring methods, Strathclyde scientists said — currently, wind turbine foundations are inspected visually, and bridges and tunnels only have monitoring networks in certain areas, not throughout the whole structure. Early defect detection could be cheaper to repair, not to mention safer.

A network of electrode-embedded nanotubes doesn’t sound inexpensive, but the researchers say it would be cheap — one percent the cost of alternative inspection methods — in part because of the fly ash component. Fly ash is a byproduct of coal combustion and it’s generally stored at power plants and landfills or it’s recycled. The nanotube paint could be one new use for it. It also lends the paint some added durability, which means it could last in a wide range of environmental conditions.

For now, the electrode transmitters would be powered by batteries, but other designs could incorporate solar panels, piezoelectrics or other energy-harvesting technology, the researchers say. Strathclyde Ph.D candidate David McGahon and civil engineering professor Mohamed Saafi have built a prototype and it was shown to be effective, according to a Strathclyde news release. They plan to carry out larger-scale tests in Glasgow in the future.