Amid all the excitement about the new Mars rover, some people (not us) might forget there’s a functional one up... 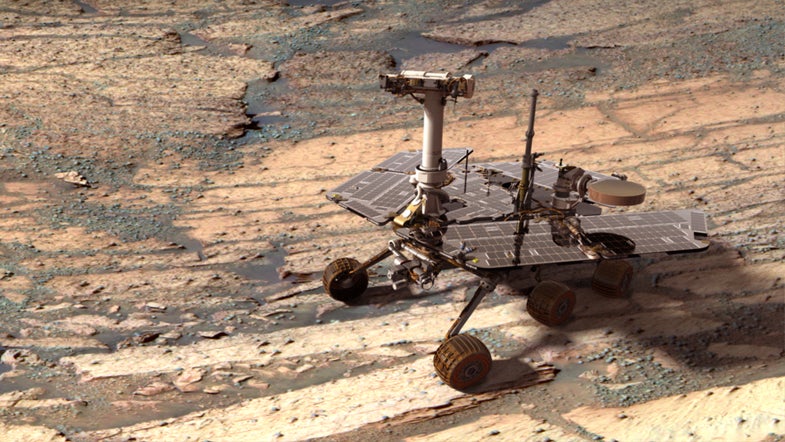 Amid all the excitement about the new Mars rover, some people (not us) might forget there’s a functional one up there already, still driving around craters and snapping new photos. So why not take advantage of it? A new app delivers Mars photos straight from the Opportunity rover’s most recent downlink to your smartphone.

The Mars Images app, developed by Mark Powell at the Jet Propulsion Laboratory, sends the most up-to-date images from Opportunity’s downlink as soon as they’re ready. You can also browse older Mars images from the rover’s archive, and NASA is planning to add a photo album from Opportunity’s late twin, Spirit. It’s available for the iPhone and iPad as well as Android devices.

Opportunity is nestled in for the winter — its fifth cold season on Mars — at a spot called Greeley Haven, which faces south to provide ample solar energy. Meanwhile, the behemoth new rover Curiosity is making its way to Mars, adjusting its course this week on schedule for an August arrival. It will get its own version of the image-downlink app once it lands, according to Wired.