Upon examining a piece of Attic pottery, certain words may come to mind: “Beauty is truth, truth beauty” — and... 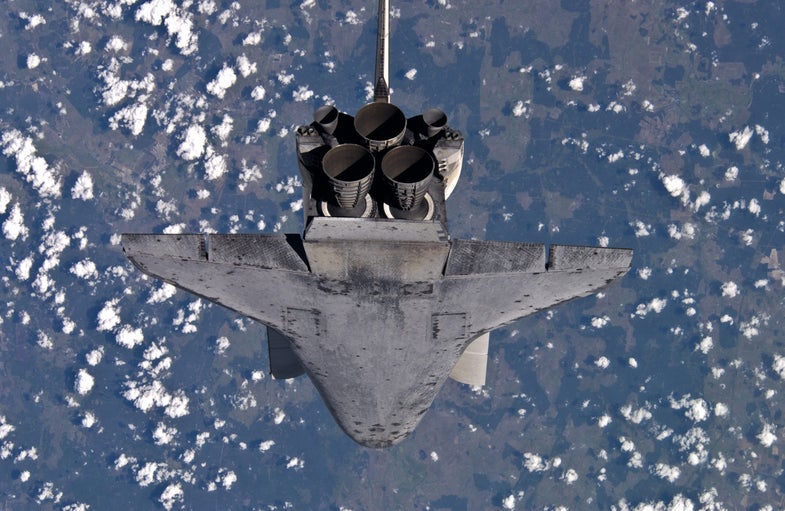 Upon examining a piece of Attic pottery, certain words may come to mind: “Beauty is truth, truth beauty” — and some would have you believe that is all you need to know here on Earth. But in space, you need to know a bit more. Like “how did this thing last so long?” Understanding how a Grecian urn survives for 2,500 years could yield improved ceramics — not for leaf-fringed scenes of deities or mortals, but for the sake of heat shields, and therefore safer astronauts.

Ancient Greek pottery remains quite robust, with perhaps 100,000 vases surviving two and a half millennia after their creation. Now the National Science Foundation would like to uncover the secrets kept by these foster children of silence and slow time.

Ceramics are vital to protecting spacecraft from the normal temperatures of Earth, the deep freeze of space, and the searing heat of reentry. Not many substances can handle the whole spectrum of stresses quite so well. The space shuttles’ underbellies were coated with black ceramic tiles to deflect heat, and they worked beautifully when they worked … with the devastating exception of the shuttle Columbia, its heat shields damaged during liftoff. Better ceramics could yield better next-generation heat shields, not to mention other space components. So the NSF recently awarded $500,000 in grants to California scientists from the Getty Conservation Institute, Stanford’s National Accelerator Laboratory (SLAC) and the Aerospace Corporation to examine ancient Greek pottery in finer detail, PhysOrg reports.

Attic pottery gets its red and black coloring from oxidized iron, and researchers involved in the Getty project are using X-ray absorption near edge structure (XANES) spectroscopy to determine the oxidation states in various vases and ceramic shards. X-ray absorption fine structure analysis will unveil the molecular structure of the iron minerals the ancient Greeks used, and potentially provide new solutions for space-age ceramicists. At SLAC, scientists are using a the synchrotron to illuminate further nanoscale details. Ultimately, the teams aim to figure out exactly how Greek artisans made their compounds and fired them, and produce some replicas of their own.

Karen Trentelman, a conservation scientist at the GCI who is leading the project, noted that ancient artists made these everlasting works simply using materials that came out of the ground.

“Something doesn’t need to be complex to be sophisticated,” she said. So true.