There’s more than one way to stick it to The Man. There’s civil disobedience, subversive propaganda, political art, outright violent... 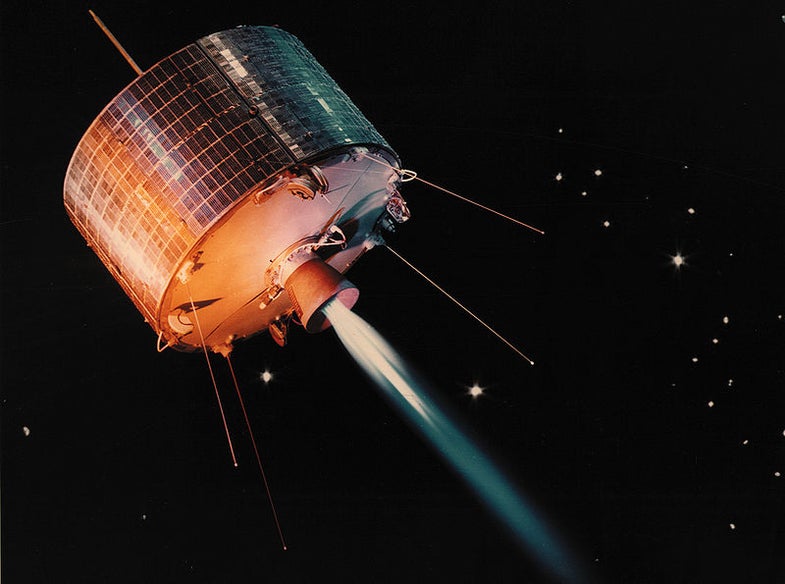 There’s more than one way to stick it to The Man. There’s civil disobedience, subversive propaganda, political art, outright violent revolt–each possessing its own degree of difficulty and consequence. In a decidedly 21st-century twist, team of German hackers bent on fighting the powers that be has chosen a rather ambitious means of taking the power back: building a hacker-owned and -operated space program, complete with a constellation of communications satellites beaming uncensored Internet to users on the ground.

The Hackerspace Global Grid was borne out of a call to action at the Chaos Communication Congress in Berlin, where hackers of all stripes gather to mull the issues of the day as they relate to their craft. Hacker activist Nick Farr–motivated by legislation like the Stop Online Piracy Act (SOPA) in the U.S.–called on the community to contribute to a project that would remove the power of censorship from governments and corporations by creating an uncensored Internet in the free frontier of space.

Of course, building both a space program capable of placing satellites in orbit and a terrestrial network of tracking stations is easier said than done. Then again, it’s easier now than it’s ever been. Space–and even low earth orbit–has long been the dominion of state entities with the resources and large-scale organizations capable of very big undertakings.

But amateur rocketeers are already skirting the upper atmosphere with homemade rockets, and the idea that amateurs will soon be able to reach low earth orbit is by no means outside the realm of possibility. And even piggybacking on existing space launches, like ISS resupply runs and satellite launches, is growing less expensive, especially for smaller payloads.

Furthermore, if there’s anyone suited to the task of building–from the ground up–a system of software and hardware for tracking satellites and establishing a network infrastructure, it’s probably a team of highly skilled hackers. That’s where the Hackerspace Global Grid is starting. The group is aiming to provide ground stations on a non-profit basis for 100 euros (about $130), and plans to have three of them deployed this year for testing. And it has already begun trying to build the software infrastructure necessary to track satellites and communicate with them.

The trick will be in the placement of the satellites themselves. Placed in low earth orbit by an amateur launch, the satellites would move too quickly to be of any real use in streaming Internet data to the ground. Placed higher up in geostationary orbit (more than 22,000 miles up), the signal lag becomes great enough to restrict what kind of Internet applications can be executed. And there’s also a touchy legal issue at play here, as the BBC points out. The unregulated nature of space means the Hackerspace group can do what they want. But should a nation like China decide it doesn’t want uncensored Internet streaming to its shores from space, there’s nothing really stopping it from blasting the satellites out of the sky either.

Still, the very notion is undeniably awesome: a DIY space program patched together via a loose affiliation of hackers building an open source generation of space-faring electronics and satellite communications infrastructure that would provide free-flowing information for all. Given recent developments like SOPA, uprisings across the Arab world, and the actions of oppressive regimes like that in Belarus, its clear that the free and fair Internet is both a tool for individual empowerment and an entity whose future is uncertain. Naturally, any effort to secure a free flow of information for all and to build a DIY space program in the offing is going to get an enthusiastic nod of approval from us.