Days before Phobos-Grunt reenters the atmosphere, a new video captures the failed Mars probe traveling backward above the Earth. Its... 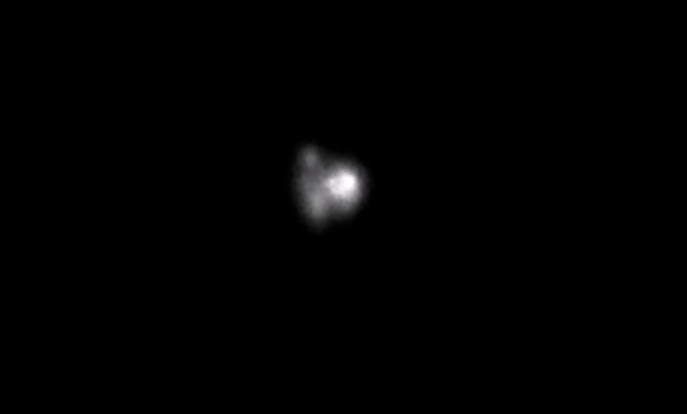 Days before Phobos-Grunt reenters the atmosphere, a new video captures the failed Mars probe traveling backward above the Earth. Its solar panels face away from the sun and there’s no sign of it tumbling, which most spacecraft are designed to do to maintain stability.

Paris-based amateur astrophotographer Thierry Legault captured the video below from the French Riviera on New Year’s Day. The Russian satellite is seen moving left to right, toward the direction of the sun. Legault — who is known for his stunning images of the space shuttle and ISS framed by the sun, among other astrophotographic achievements — traveled to the Calern Observatory above Nice, France, to set up his instruments for Phobos-Grunt’s flyby.

He used a 14-inch Schmidt-Cassegrain telescope with a focal length of 7000 millimeters and an automatic tracking system, which he describes in more detail on his website. Without the tracking system, the satellite — which is five times smaller than the space shuttle — would cross your screen in about one-thirtieth of a second. The video contains 963 images captured at 12 frames per second.

You can make out the bulbous fuel tanks to the right, and the solar panels to the left.

Phobos-Grunt is expected to plunge back to Earth sometime very soon, falling between 51 degrees north and 51 degrees south latitude.