When it’s time to shuffle off your mortal coil and find a place to spend eternity, there are plenty of... 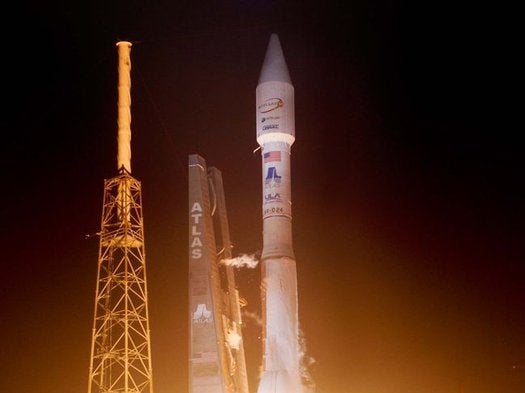 When it’s time to shuffle off your mortal coil and find a place to spend eternity, there are plenty of futurific ways to do it — from screwdriver-like vertical burial, to cryogenic preservation, to the Best of What’s New winner the Cryomator. Although it’s not exactly new, there’s just something extra special about the notion of being shot into space, returning to the star stuff from whence you came. Now the Commonwealth of Virginia would like to help you achieve this goal.

Delegate Terry Kilgore is sponsoring a bill in the Virginia Legislature to provide tax incentives for people arranging to send their ashes into space. The bill would provide up to $8,000 in tax credits for booking passage aboard a commercial spaceflight, only if that spaceflight originates at the Mid-Atlantic Regional Spaceport on Wallops Island. The flights could be for Earth or lunar orbit.

Specifically, the bill would provide up to $2,500 in income tax deductions per year, not to exceed $8,000 total, for commercial space launch services. It would take effect Jan. 1, 2013 and it’s only applicable to people residing in Virginia while still alive. It sunsets in 2021, and the goal is to foster private space industry growth at Wallops, according to Kilgore. Wallops (and Spaceport America in New Mexico) could see lots more action in the wake of the space shuttle’s retirement. The Virginia Legislature will debate the bill next year, according to the Virginian-Pilot.

A few companies offer space burial, which can be pretty expensive depending on the distance you want your remains to travel. So this bill will make it easier for rich people to get into the literal heavens.