Japanese Roboticists Are Building the Tallest Humanoid Ever

When you can make a humanoid robot that plays soccer and dances, why limit him to below-average or even average... 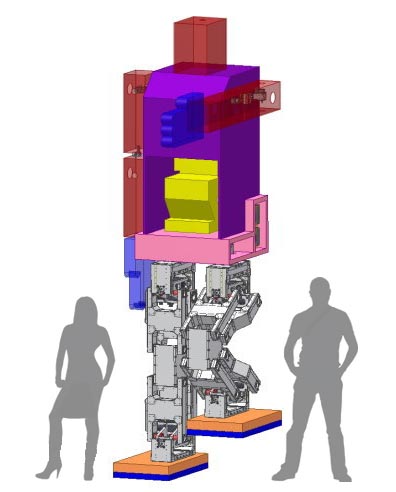 When you can make a humanoid robot that plays soccer and dances, why limit him to below-average or even average human stature? He should definitely be a giant robot instead, because there is nothing terrifying or awkward about that, not at all. Don’t worry, a Japanese robotics company is planning just that — a 13-foot-tall iron giant.

Hajime Sakamoto, president of the humanoid-robot-building Hajime Research Institute, already has a 7-foot-tall humanoid robot, which you can see kicking a soccer ball in the awesomely soundtracked video below. This one will be nearly twice as tall, looming four meters above the ground. It will even have a built-in cockpit, according to the robotics site Plastic Pals.

Hajime Research explains that this will be a real-life version of a Mobile Suit, a robot character in the anime series Gundam, featuring what basically look like Autobots.

If all goes well, Hajime Research wants to build a 26-foot model and eventually a 59-foot version.