Amazon Software Knows Where You Are, Predicts Where You’ll Go Next

Location-aware apps are pretty prevalent on most smartphones — some help you find your friends, others can help you find... 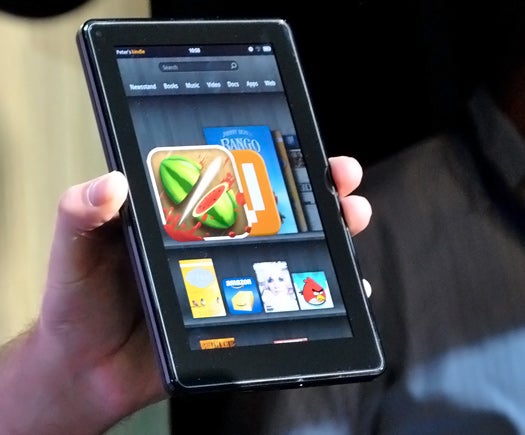 Location-aware apps are pretty prevalent on most smartphones — some help you find your friends, others can help you find your phone if it’s lost, and so on. So the news that Amazon has patented a new location-tracking software system isn’t a big deal. Until you notice that it’s also a location-predicting system. Amazon wants the ability to not only track where you’ve been and where you are, but where you might go next, to better target ads and messages that would show up on your mobile device.

It would use a mobile phone (or e-reader?) with cellular or GPS capability to track a user’s location, including waypoints the user has visited on his or her current path. Based on these spots, the software would monitor patterns and predict a next likely location on this path. Then it would predict all the ways in which a person could get to that location, and automatically accept bids from businesses able to advertise in the vicinity.

Tailored ads could also appear on message boards along your path, the application says. Remember that mall scene in “Minority Report”? That’s pretty much exactly what this is.

“Additionally, the identity of the mobile device user may be known and the advertisements or coupons may be tailored according to demographic information regarding the mobile device user,” the patent says. So if a young male shopper stops at, say, Radio Shack and then an Apple Store, the software might send a coupon for Brookstone.

It doesn’t have to be just for shopping — the demographic- and location-tracking could also be used to offer coupons at entertainment and sporting venues, the application says.

The system sounds a bit like the navigation system IBM patented to re-route drivers in the direction of businesses who opt to pay for their services.

The goal is the same: Give people a deal and they’ll come in to get it, and likely spend more money than they may have intended. But using mobile devices to automatically track and predict our shopping behavior is another thing entirely.

Amazon applied for the patent in March 2007 and it was granted Dec. 6.