This Holiday Season, Your Mall May Be Tracking Your Behavior 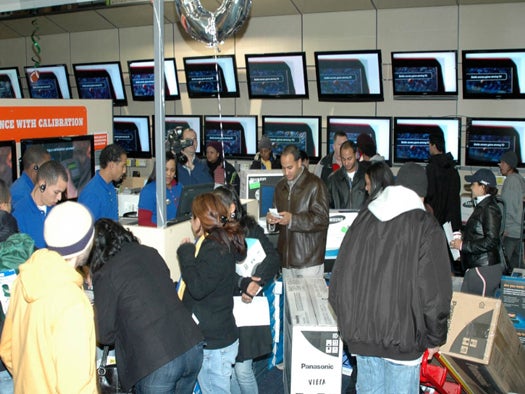 Starting on Black Friday, two malls, Promenade Temecula in Temecula, California, and Short Pump Town Center in Richmond, Virginia, will track customers’ travels via their smartphones. The tracking system follows shoppers’ paths through the mall. It’s a way for stores to see where else their customers shop, and for malls to see which stores receive the most (or least) traffic.

The tracking system, FootPath Technology, is manufactured by Path Intelligence, a British company. The system consists of antennas placed around the mall that capture a phone’s unique identification system (similar to an IP address), and tracks where the phone goes around the mall. Earlier this month, we wrote about another company that tracks and analyzes this data, Euclid Analytics.

The data is anonymous, and personal data won’t be tracked, said the management company of the two malls, Forest City Commercial Management. The technology has been used in Europe and Australia already, and few shoppers opt out, says Path Intelligence. But as the technology becomes more common, and gathers more data, the risk of the data getting stolen increases. “The reality is, what happens when you start having hackers potentially having having access to this information and being able to track your movements?” said Sucharita Mulpuru, retail analysts at Forrester Research.

Some retail analysts point out that the technology is not as invasive as some online shopping websites, which record names, purchases, and then target shoppers with ads even after they leave the site. “It’s important for shoppers to realize this sort of data is being collected anyway,” says Sharon Biggar, Path Intelligence CEO.

The malls will notify customers that phones are being watched with signs, and shoppers can opt out of being tracked by turning off their phones. Of course, opting out also means not being to use your phone in the mall. “We won’t be looking at singular shoppers,” said Stephanie Shriver-Engdahl, vice president of digital strategy for Forest City. “The system monitors patterns of movement. We can see, like migrating birds, where people are going to.”