What Are You Doing Today, iForge?

Private industry needs to supercompute too. Today, Rolls Royce takes NCSA's iForge out for a spin 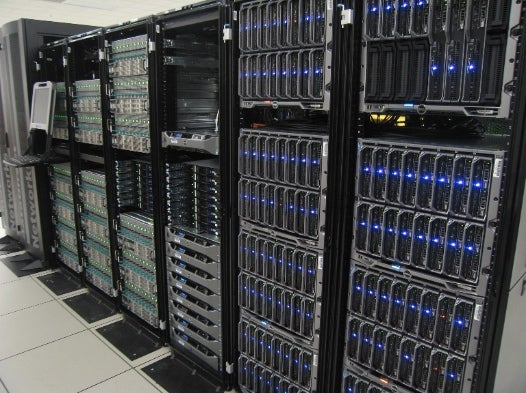 Now: a word with iForge, the pride of the National Center for Supercomputing Applications.

What’s Happening: Supercomputers aren’t all about supernova simulations and super-hot plasma interactions, iForge will have you know. Roughly half of the supercomputers in the TOP500 work with private industry helping to make cars safer, materials more durable, or things like the Boeing 787 Dreamliner inexplicably stay aloft. Today iForge is in the employ of Rolls Royce, which you probably know as an automobile maker but should also recognize as a maker of all kinds of power systems, including jet aircraft engines.

Rolls Royce is running more than 50 supercomputing jobs, most of them lasting several hours and some rolling over into the next day. Most modeled complex fluid flow though aircraft engine designs, simulations that will help Rolls Royce design more powerful and more efficient engines. That in turn will make aircraft more reliable and less wasteful. That’s good for everybody. And it’s particularly great for Rolls Royce, which now doesn’t have to prototype every engine concept to see how it will stand up to real world conditions.

iForge also notes that the NCSA is part of XSEDE, the Extreme Science and Engineering Discovery Environment, a collection of integrated supercomputing resources that helps find the right computers for the right jobs so that all of the computers in the network are working toward optimum output at all times. Other members of this network of supercomputing resources include Oak Ridge National Labs and the Texas Advanced Computing Center, from whom we’ve already heard this week. But don’t try to think about how powerful such a network of interconnected supercomputers really is, iForge warns. Unless you are actually a supercomputer, it will blow your mind.