The robot supports 15 times its own weight 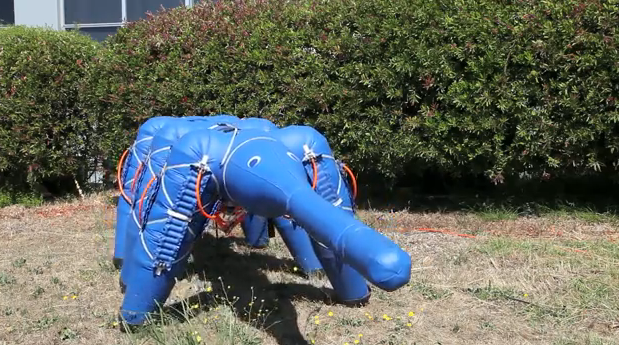 Meet Ant-Roach, an inflatable clackety six-legged robot with a protruding proboscis. It’s made of fabric inflatable actuators and pneumatic piping, and its limbs are driven by central manifolds that dispense compressed air. It’s tough enough that you can ride it, which is undeniably awesome.

Ant-Roach — so named because it reminds its creators of a cross between an anteater and a cockroach — is the brainchild of Otherlab, founded by engineer and entrepreneur Saul Griffith. It was partially funded by DARPA’s Maximum Mobility and Manipulation (M3) program, and the goal is to demonstrate the high strength-to-weight ratios of inflatable platforms.

Ant-Roach is about 15 feet long and weighs about 70 pounds, so it’s human-heftable when it’s deflated, but it can carry up to 1,000 pounds itself. The design, evolved from an earlier pneumatic elephant, uses textile-based actuators that contract when inflated. A user controls it via a laptop, which connects wirelessly to an onboard microcontroller to drive the actuators.

The whole thing is inflatable, so it’s pretty soft, which makes it safe to use around humans — even little ones, as the below photo shows. It has potential for a wide range of applications — but perhaps none as fun as hitching a ride. Click through to Otherlab for even more videos. 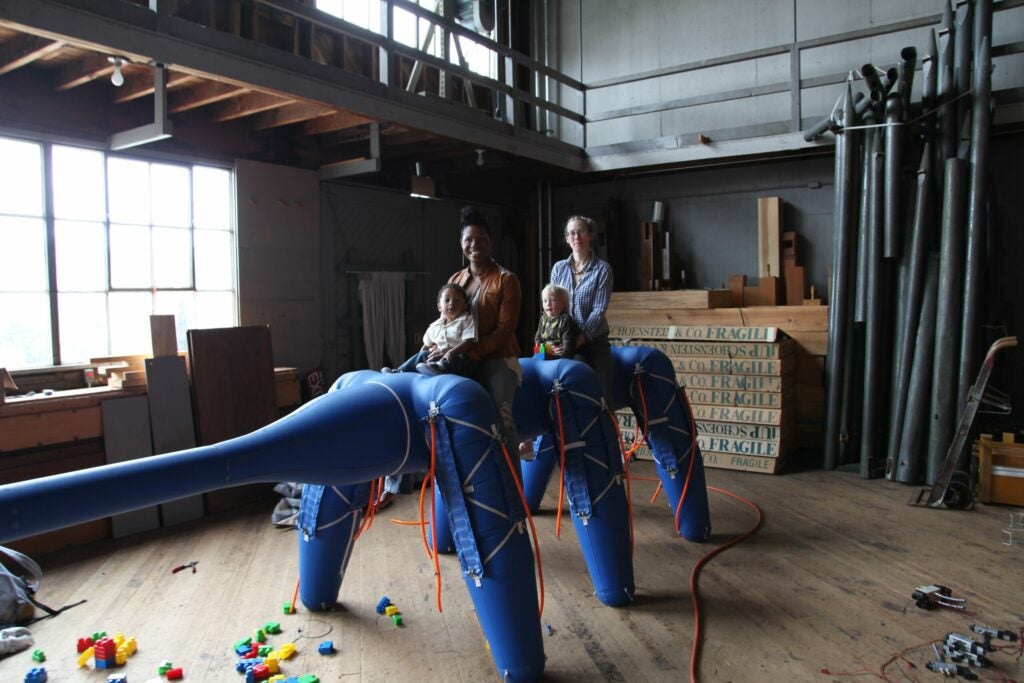