Video: Soyuz Launches for First Manned Trip to ISS Since the Shuttles Retired

After a string of space launch disasters that have pushed Roscosmos’s morale into the gutter, the Russian space agency today... 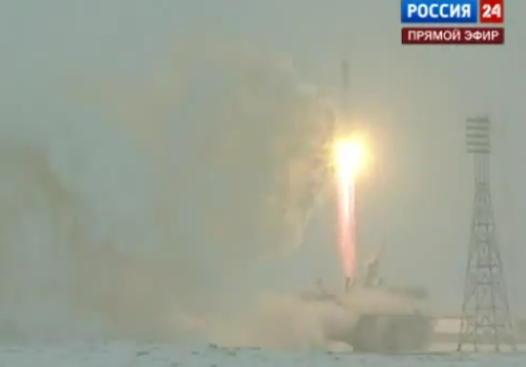 After a string of space launch disasters that have pushed Roscosmos’s morale into the gutter, the Russian space agency today launched three astronauts–two Russians and one American–into orbit aboard a Soyuz-FG rocket. It marks the first manned launch of a Soyuz rocket since a similar Soyuz-U failed to lift a robotic Progress spacecraft to orbit in August, and ensures that the international space station will remain manned after the current crew returns to Earth on November 21.

Russia grounded its Soyuz fleet after the August incident, in which rocket and spacecraft crashed in Siberia shortly after launch, and there had been some fear that the station could go unmanned for a period if Roscosmos couldn’t get its Soyuz program back online before the current ISS crew came home. The two Soyuz capsules currently parked at the ISS are approaching their expiration dates–after 200 days parked in orbit the chances of a malfunction during reentry begin to rise–and it was feared that if Russia couldn’t get the Soyuz in the air again that the station would go without a crew for the first time since it was initially inhabited.

Those worries appear to be over. After a picture perfect launch amid the backdrop of an early fall snow, the astronauts aboard the Soyuz have said all systems are nominal and they are currently in orbit, bound for the ISS. See the snowy Soyuz launch below.