We have a lot of love for microdrones here at PopSci–everything from bird-like flapping wing drones to cyborg insects controlled... 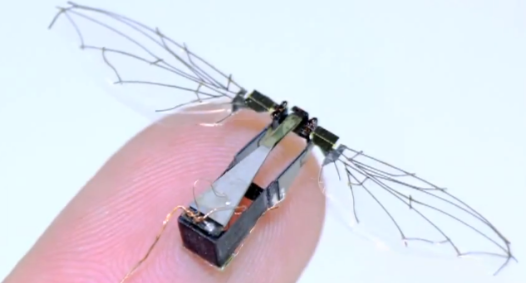 We have a lot of love for microdrones here at PopSci–everything from bird-like flapping wing drones to cyborg insects controlled by microcomputers–so we’re thrilled to see the Air Force is showing them some love as well. The Air Force Research Lab has build a “Micro-Aviary” at Wright Patterson AFB in Ohio where tiny flying robots will be the central focus. And aside from being drone-centric, it is one sweet sensor-filled laboratory.

The Micro-Aviary will specialize in what the DoD has deemed the next generation of intelligence and military robot capabilities: tiny drones that are largely indistinguishable from insects or birds that can surreptitiously move about undetected, performing surveillance and intelligence gathering missions or even delivering payloads like tracking devices or even weapons. But first, the military has to build them.

At the Micro-Aviary, tiny helicopters will mix with robot dragonflies and hovering robo-hummingbirds in a space walled in by motion sensors that can track the drones that fly there to within about a tenth of an inch. Data from those sensors will not only evaluate the performance of the drones that are there but inform the design of future generations of flapping-wing drones and stealthy robot micro-helos. Tale an inside look at the lab below.