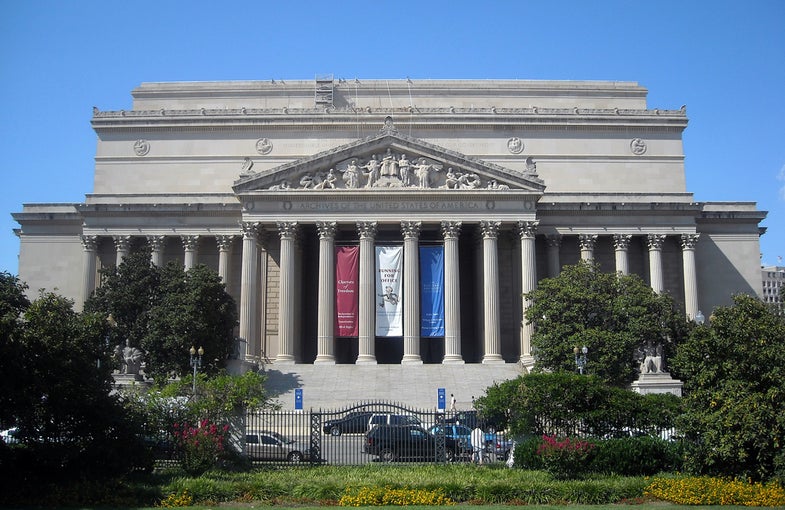 Despite this era’s amazing advances in data storage and data mining, the accumulated records of our federal bureaucracy are largely — and perhaps unsurprisingly — languishing in the early 20th century. Paperwork and filing cabinets still comprise the bulk of government records. President Obama would apparently like to change this, so this week he gave federal agencies four months to come up with a Web 2.0-inspired way to bring their records management systems online.

“With proper planning, technology can make these records less burdensome to manage and easier to use and share,” Obama wrote.

Within four months, the heads of each federal agencies must submit a report to the federal archivist’s office explaining how the agencies will improve their current records management processes. This extends to every type of electronic record — emails from citizens, social media connections, even cloud-based records storage. Four months after that deadline, the archivist and the director of the Office of Management and Budget have to come up with a game plan. They’ll probably have to create some type of government-wide records management system, one that works across the entire bureaucracy and is more efficient than current filing methods.

The National Archives and Records Administration already stores 124 TB of data, the result of a 10-year digitization effort outsourced to Lockheed. But the program, like so many government programs, was plagued by cost overruns and delays. A newly focused effort will have to be more efficient.

The idea is to make federal records more accessible to the public at large, Obama said.

“Records transferred to NARA provide the prism through which future generations will understand and learn from our actions and decisions,” Obama wrote. “When records are well-managed, agencies can use them to assess the impact of programs, to reduce redundant effort, to save money, and to share knowledge within and across their organizations. In these ways, proper records management is the backbone of open government.”

Whether or not you believe Obama is a champion of said open government is another question.

For our part, we’re wondering what this new federal database will look like. PDFs? How about Adobe InDesign files, which we totally love working with? “Maybe just a big Case Logic book filled with CD-ROMs, handcuffed to a secret service agent that never leaves the President’s side,” suggests co-contributor Clay. Sounds like a good place to start.