The newest TOP500 List–the ranking of the world’s most powerful supercomputers–dropped today, and two things are clear: graphics processing units... 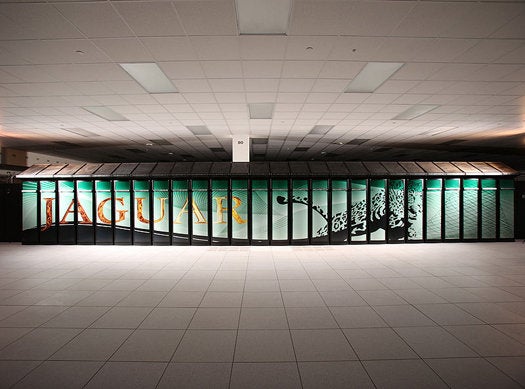 The newest TOP500 List–the ranking of the world’s most powerful supercomputers–dropped today, and two things are clear: graphics processing units are increasingly augmenting the power of the world’s most sophisticated supercomputers, and China is adding computing strength at an ambitious rate. Ten years ago China had just three computers that made the TOP500. It now has 73 on the list, including the second-fastest computer in the world in its Tianhe-1A supercomputer.

Retaining its place at the front of the pack is Japan’s K Computer, which lives at the RIKEN Advanced Institute for Computational Sciences. Tinahe-1A is second, while America’s fastest supercomputer (and former number one), Oak Ridge National Labs’ Jaguar, keeps the number three spot. In fact, the top 10 wasn’t shaken up at all since the last TOP500 list dropped in June. But that won’t last.

ORNL’s Jaguar is currently undergoing an upgrade that should lift it to 10 to 20 petaflops late next year or early in 2013, which–all other things remaining equal–will push it past both Tinahe-1A and K to become the fastest computer in the world once more. The upgrade will bestow upon Jaguar a new name–Titan–as well as an emerging kind of technological edge in the form of graphics processing units, or GPUs.

We’ve been writing a lot about the incorporation of GPUs into supercomputing here lately, mostly because they are a relatively cheap and simple means of boosting the speed of conventional processors by adding a parallel computing aspect that can juggle more than one task simultaneously. Where a traditional CPU can have up to 16 computing cores, a GPU can have hundreds. That means that for certain kinds of calculations a GPU can divide and conquer in ways that CPUs cannot, pushing GPU-augmented systems to blistering speeds.

GPUs as supercomputer accelerators have really only been around for a few years, but according to the team over at NVIDIA they have now found their way into 35 systems on the TOP500, three of which are in the top 5. At the beginning of last year, there were less than 10 systems taking advantage of GPU acceleration. As the world’s biggest computers continue to incorporate them, we will likely see more existing systems take big leaps forward in terms of speed–and perhaps see more volatility at the top of the list.