In high-crime, gang-controlled areas like Los Angeles’s Hollenbeck Division (which includes the neighborhoods of Boyle Heights, Lincoln Heights, and El... 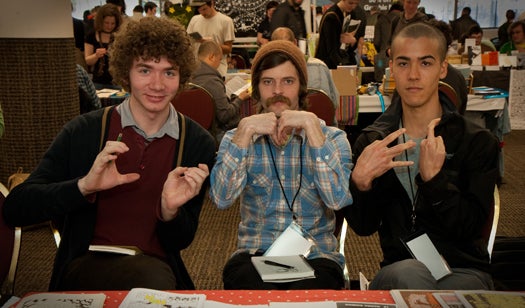 In high-crime, gang-controlled areas like Los Angeles’s Hollenbeck Division (which includes the neighborhoods of Boyle Heights, Lincoln Heights, and El Sereno), it can be difficult to figure out even the most basic info about gang violence. That’s why UCLA created an algorithm that can fill in the blanks.

Working with the Los Angeles Police Department, researchers at UCLA analyzed over 1,000 gang crimes and suspected gang crimes, many unsolved, over a 10-year period in Hollenbeck, an area known for gang violence. The area is home to 30 gangs and almost 70 gang rivalries, meaning the list of potential suspects in gang violence is sky-high. In developing the algorithm, the mathematicians simulated the patterns of the gangs, then excluded some of the key information in the case (the victim, perpetrator, or both), leaving the algorithm to fill in the missing information. The research is funded by the National Science Foundation, the U.S. Army Research Office’s mathematics division, the U.S. Office of Naval Research, and the U.S. Air Force Office of Scientific Research.

“Our algorithm placed the correct gang rivalry within the top three most likely rivalries 80 percent of the time, which is significantly better than chance. That narrows it down quite a bit, and that is when we don’t know anything about the crime victim or perpetrator,” said Martin Short, UCLA adjunct assistant mathematics professor and co-author of the study. Narrowing down the possible suspects allows the police to focus their investigation on a much smaller area, saving valuable time and manpower.

The algorithm also ranked the correct gang first of the three results 50 percent of the time, higher than the the 17 percent resulting from chance.

These results are only the beginning. “We can do even better. This is the first paper that takes this new approach. We can only improve on that 80 percent by developing more sophisticated methods,” said Andrea Bertozzi, senior author of the study and professor of mathematics and applied mathematics.

The algorithm could also be used for things beyond gang violence. “You have events – they could be crimes or something else – that occur in a time series and a known network. There is activity between nodes, in this case a gang attacking another gang. With some of these activities, you know exactly who was involved and with others, you do not. That challenge in how to make the best educated judgment as to who was involved in the unknown activities,” said Bertozzi. These “educated judgment[s]” could be used for anything where identities are unknown, from identifying hackers to targeting consumers for advertising.