This week’s step forward in conforming to the beauty standard at any cost is a laser that can turn brown... 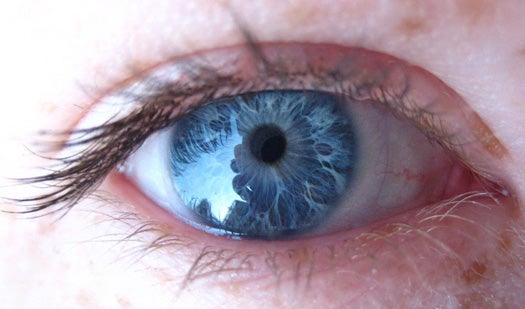 This week’s step forward in conforming to the beauty standard at any cost is a laser that can turn brown eyes into blue ones. The treatment, developed by Stroma Medical’s Dr. Gregg Homer, takes only 20 seconds to perform, but is irreversible. Aside from giving you the piercing stare of an Arctic wolf, the procedure could also impair your sight, experts warn. Brown eye pigment helps to prevent problems such as glare and double vision. Removing it could leave the eye with no way to control the light getting in.

Homer assures the BBC that the laser only affects pigment on the eye’s surface and that the frequencies used are absorbed by the dark pigment on the iris, so there is no danger of eye damage. After testing on cadavers, he has moved his operation to Mexico, where he says there has been no evidence of injury thus far. His seventeen short-sighted patients have been offered lens transplants in return for taking part in the procedure.

You won’t be able to have your eyes burnt blue in America for another three years, due to a longer wait time for regulatory approval. A survey by Stroma Medical suggests that 17 percent of Americans would want the treatment, if they knew it was completely safe. For now, though, we recommend contacts.