A new tool called Euclid Analytics is the physical version of Google Analytics, recording and analyzing physical traffic instead of... 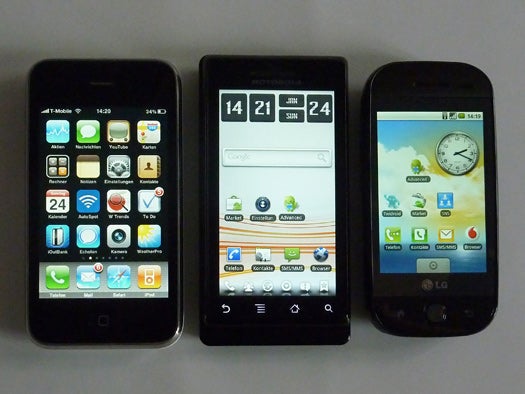 A new tool called Euclid Analytics is the physical version of Google Analytics, recording and analyzing physical traffic instead of website visitors. The startup’s cofounder, Scott Crosby, helped to build the technology of its internet counterpart. But instead of reading IP addresses, Euclid observes physical visitors by listening to smartphone Wi-Fi signals.

The system uses a sensor box, installed in a closet, that picks up signals from the phones.

The sensor is very sensitive, not only picking up a phone’s presence, but also whether their owner merely walked past the store, stopped to look at the front display, or entered the store. It can also detect where in the store these customers visit, which can provide valuable information on whether shoppers purchased the products they just observed on display. It stores data in a cloud-based format, allowing store owners to access the information through a dashboard app. The system can detect trends in the purchasing habits of the shoppers, allowing the owners to determine the effectiveness of their store displays.

Euclid Analytics stores no personal information, except for relevant data like the device’s name, gleamed from the phone’s MAC address, allowing the system to recognize the customer if they return to the store. Stores would also, hopefully, post signs, notifying customers that they, or rather their phones, are being watched. Of course, those customers could also disable their phone’s Wi-Fi to avoid detection.

While the system can provide store owners with valuable, insightful information about their customers, it only tracks smart phones, meaning their results would not reflect their whole customer base, and their analysis would represent an unknown percentage of their shoppers.