To Check Astronaut Health, ESA Is Developing a Blood Analysis Lab-On-A-Chip That Works in Space

Anyone willing to travel to remote places for the sake of science has to accept some health problems, be it... 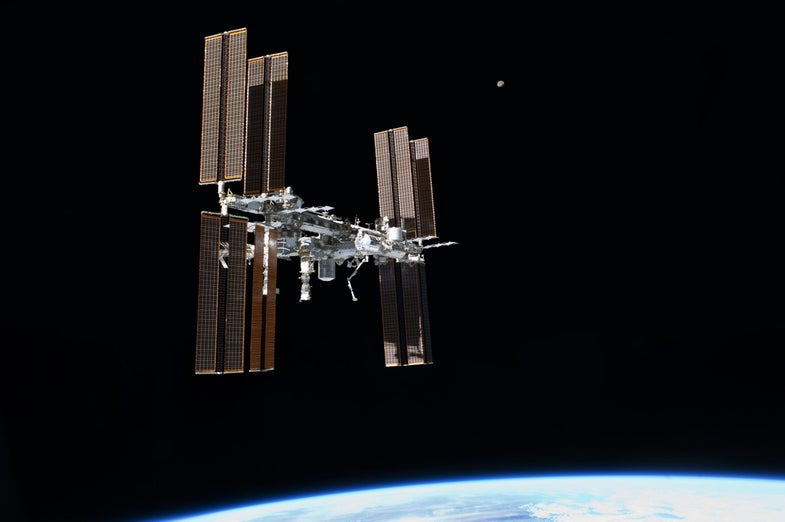 Anyone willing to travel to remote places for the sake of science has to accept some health problems, be it frostbite in Antarctica or bone loss in space. To make matters worse, these people also have to accept self-diagnosing and self-treating these health problems, not to mention others that may arise in the course of their missions. Now the European Space Agency wants to make these types of tests somewhat simpler for the astronauts who may need to perform them, by developing a space-worthy lab on a chip.

ESA is working with an Irish company called Radisens Diagnostics to develop a small lab-on-a-chip that can work in weightlessness. The disc diagnostic system requires a small drop of blood placed on a small clear disc, which is then inserted into an electronic device that makes the disc spin. The sample spreads across the entire disc. Then an electronic assay panel conducts a host of tests for things like blood sugar, liver and kidney function, and more.

The disc and micro-assay system was designed to perform low-cost disease diagnosis for clinics and mobile analysis, according to the company. The entire device is the size of a matchbox. The new partnership with ESA will allow the company to develop a version that works in space, ESA said in a news release.

Nadine Fritz, of ESA’s Directorate of Human Spaceflight and Operations, said the chip would be useful for a wide range of biochemical studies on board the ISS.

“The retirement of the space shuttle has significantly reduced the amount of cargo we can download from the station, so it makes sense to do what analysis we can do in orbit,” she said.