Archive Gallery: The Best of What Was New

From climate-controlled clothing to Viagra, the first 10 years of PopSci's Best Of What's New 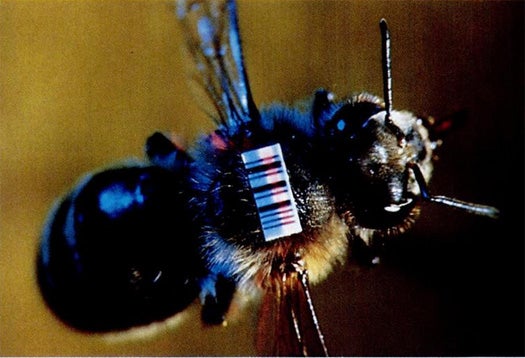 Being a professional bee barcoder sounds like a very awesome and sometimes painful job. Had you worked for the U.S. Agricultural Service in 1989, you may have been able to hold that illustrious title. The barcoding system was developed to allow apiologists to capture wild bees, scan the code (which, at two millimeters, was the world's smallest) and see how far they traveled, information that is very valuable to crop-pollination programs. Most bees typically traveled a range of two to four miles. Read the full story in Bee Bar Code.
SHARE

Considering I was between the ages of -2 and 8 for the first 10 installments of the Best of What’s New, it’s remarkable how many vivid memories I have of the 1980s’ and ’90s’ greatest innovations. I owned and loved the computer game that let you print out clothes for your Barbies. My dad taught me the rules of hockey by watching Red Wings games with me on Fox, where infrared technology left a streak of color behind the fast-moving puck so I could follow it. And I even built and programmed a Lego Mindstorms robot at nerd camp one summer.

That’s what’s great about BOWN. Not only do we feature military inventions, like bombers that are invisible to radar, or ambitious research projects, like the Pathfinder rover shown up top, we showcase technology that’s on the verge of becoming part of people’s everyday lives. Elliptical machines, DVDs and even Viagra have all been featured in our annual list of the 100 best science and technology achievements.

Some of the innovations of the past we’ve picked out for this week’s archive gallery are landmark government projects, some are the very beginnings of what now feels like everyday technology, and some are just fun. But there’s no way we could give you a full picture in just one gallery, so if you’re in the mood for a trip down memory lane, we recommend taking a look through the archives yourself. 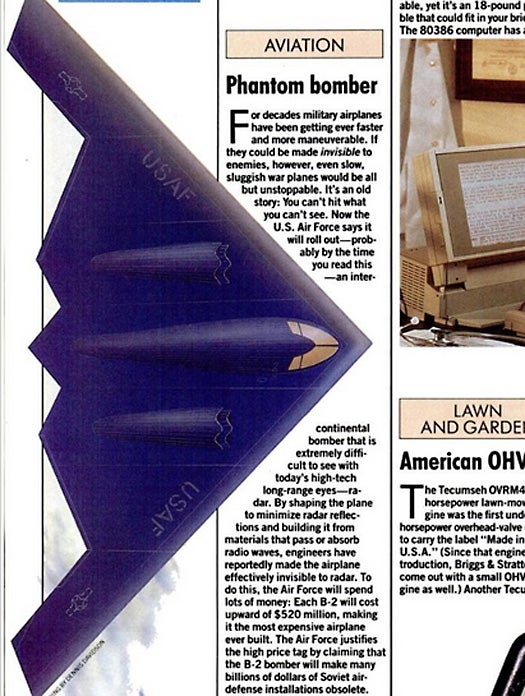 By making this plane out of materials that either absorb radio waves or pass through them, and shaping it so that it minimizes radar reflections, engineers with the U.S. Air Force were able to create a war plane that was functionally invisible to enemies (by which we mostly meant Soviet air-defense technology). At the time, this stealthy B-2 intercontinental bomber was the most expensive plane ever built, with a price tag of more than $520 million each. Read the full story in Phantom Bomber 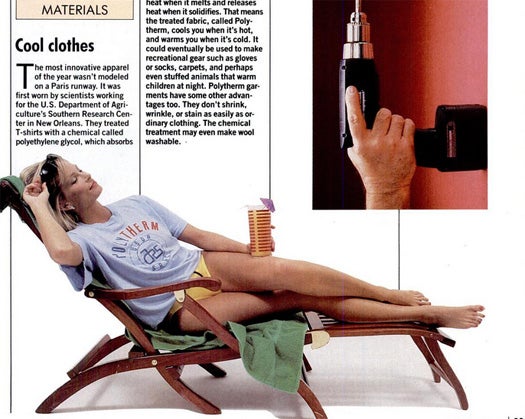 All the hippest, hottest scientists in 1988 wore Polytherm outfits. Except then they weren’t hot anymore, because the polyethylene glycol-treated fabric keeps you cool in warm weather, and warm in cold weather. The chemical absorbs heat when it melts, and releases it when it solidifies. It also has some pleasant side effects: Polytherm clothes don’t wrinkle, shrink or stain as easily as regular fabric. So if you spill hot coffee on yourself, your shirt will repel it and then cool you right down. Read the full story in Cool Clothes 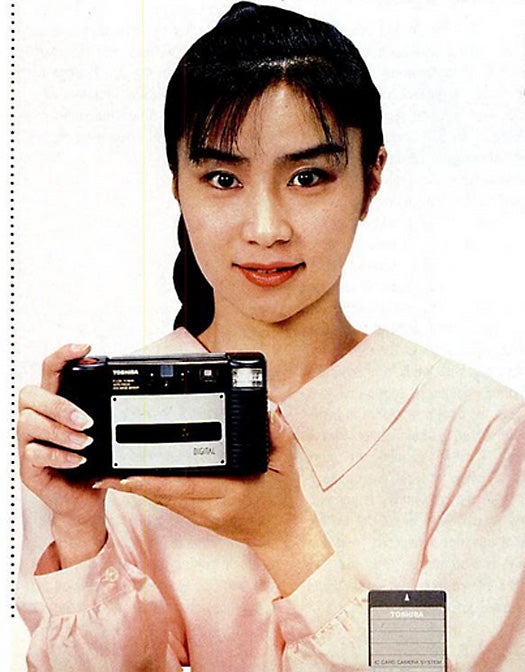 I don’t know about you, but the memory card in my camera still has pictures on it from last year, and it’s not even close to full yet. And this is where it all began, with a Toshiba camera that “looks – and works – like a conventional point and shoot camera,” but stores its images on a credit-card-sized memory card that could store a revolutionary 13 pictures. The pictures could then be transferred to a digital audio tape, which could hold 1,600 photos on 120 minutes of tape. Read the full story in Picture Perfect

Being a professional bee barcoder sounds like a very awesome and sometimes painful job. Had you worked for the U.S. Agricultural Service in 1989, you may have been able to hold that illustrious title. The barcoding system was developed to allow apiologists to capture wild bees, scan the code (which, at two millimeters, was the world’s smallest) and see how far they traveled, information that is very valuable to crop-pollination programs. Most bees typically traveled a range of two to four miles. Read the full story in Bee Bar Code 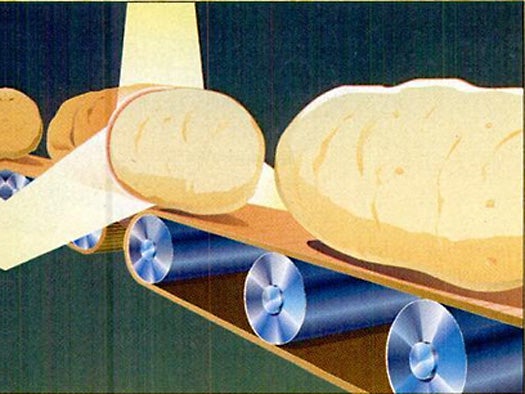 Is there anything lasers can’t do? 1992 saw them employed in the food service industry, shucking potatoes in factories. Three 25-kilowatt laser beams were used in the system developed by Battelle Memorial Institute and, of course, Heinz. The lasers vaporize the potato skins as the spuds travel down a conveyor belt, leaving only a trace of carbon on the freshly peeled potato as a sign that they were ever there to begin with. The lasers save 10 to 25 percent more of the precious tuber than the conventional steam method, meaning there would be just that many more french fries to contribute to our nation’s ongoing struggle with obesity. Read the full story in Space-Age Spud Peeler 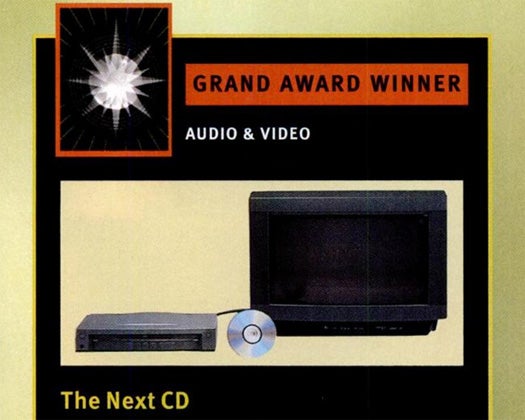 Not to toot our own horn or anything, but we were all over the dawn of DVDs, giving them a Grand Award in the Audio & Video category for BOWN 1995, before they were even called DVDs. We referred to them as “high-density CDs,” which would be the same size as music CDs, but with the space to hold a feature-length film or 9 gigabytes of data. The two groups vying for DVD supremacy – one led by Toshiba and one by Sony and Philips – finally agreed to produce a common format, making DVD players a more practical purchase starting the following year. Read the full story in The Next CD 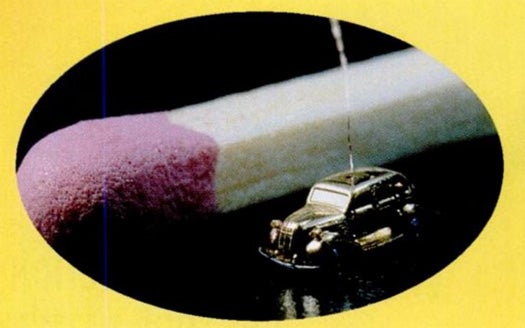 This MicroCar by Nippondenso is the size of a grain of rice. The working model is powered by a teensy 0.67 millimeter three-volt motor made of just five moving parts, one of which is a coil that uses 1,000 turns of wire. The car is so small that if you actually found it puttering around in your bowl of rice, you might mistake it for a bug. But it’s actually a a 1/1000-scale replica of Toyota’s Model AA sedan. Read the full story in A Real Compact Car 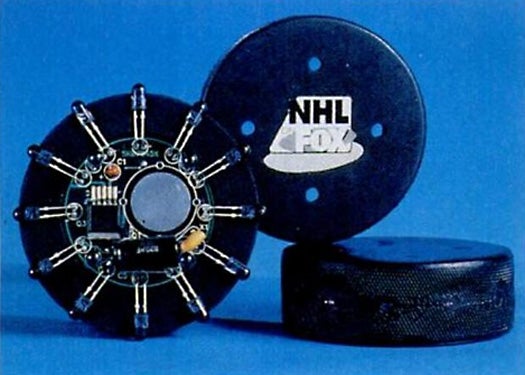 In 1996, Fox Sports added infrared emitters to hockey pucks, a technology they called FoxTrax. Sensors around the stadium would pick up the signal, and send it to computers which would add a comet tail to the puck on television whenever it traveled faster than 75 miles per hour, making it easier for fans to follow the Detroit Red Wings’ skate to Stanley Cup victory, both that year and the next. Read the full story in Fiery Puck 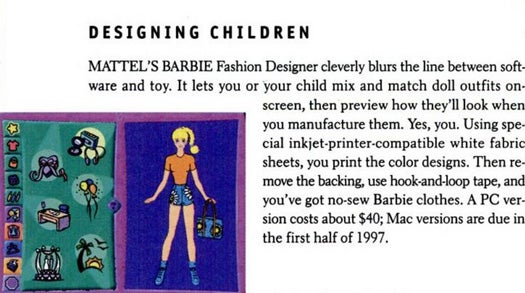 It seems like you can’t even buy a stuffed animal these days without it having its own website for “interactive play.” And perhaps we have Barbie Fashion Designer to blame for that. The innovative PC game let you design outfits for the dolls and print them out on inkjet-compatible sheets of white fabric, which you could then cut out and – ta-da! A new dress for Barbie. While this may not seem like a life-altering technological innovation, as I was a 6-year-old girl when this game came out, I think I speak with the utmost authority when I say: it was. Read the full story in Designing Children 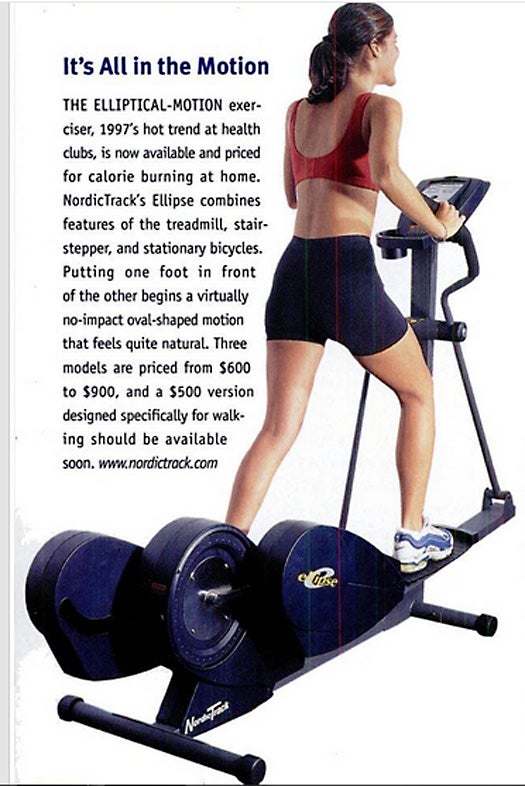 Apparently the elliptical blew up in 1997, and was the “hot trend at health clubs” for a while there. Nordic-Track jumped on that bandwagon while it was still rolling strong and came out with this at-home version so that people could run in circles in the comfort of their own bedrooms and basements. The advantage of the elliptical is a combination of the advantages you get from using a treadmill, stair-stepper and stationary bike, without any of the impact that comes from running on a treadmill. Read the full story in It’s All in the Motion 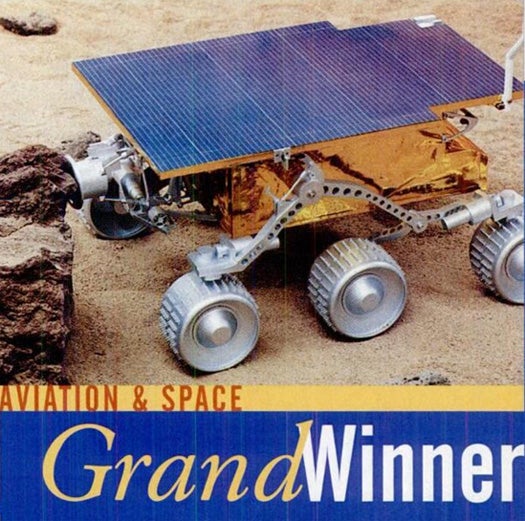 The first rover to be sent to Mars in more than 20 years, the Mars Pathfinder received our Grand Award in the Aviation & Space category in 1997. The Pathfinder landed in July of that year (with the help of some airbags) and delivered hundreds of images along with its analyses of the planet’s soil and climate before communication with the rover was lost on September 27, 1997. But in just a few short months, the Pathfinder contributed a substantial chunk of data toward our knowledge of the Red Planet. Read the full story in Snapshots From Mars 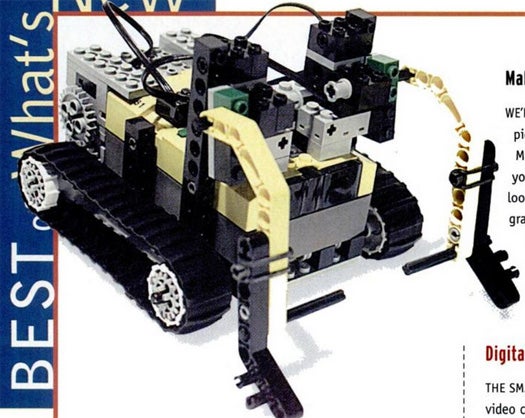 The Lego Mindstorms Robotics Invention Program helped demystify and simplify robotics by letting students young and old build their very own robot using the familiar bumpy pieces. The kit came with PC software that you could use to program your robot to move in response to light or touch, or to accomplish tasks, like bulldozing a pile of sticks. Read the full story in [Make-Your-Own Robot 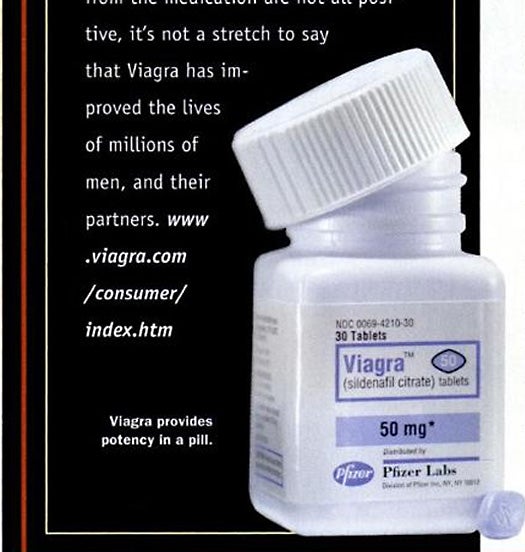 This little blue pill from Pfizer changed the game forever. Not just for men who suffer from E.D., but also for all of us who have ever had to sit through an innuendo-laden Viagra commercial with our grandparents. We awarded the miracle pill a BOWN Grand Award in the Science & Technology category in 1998 and the rest is history. Read the full story in Prescription for Potency
Best of What's New
archive gallery
archives
bown
Gadgets
history