But are they accurate? 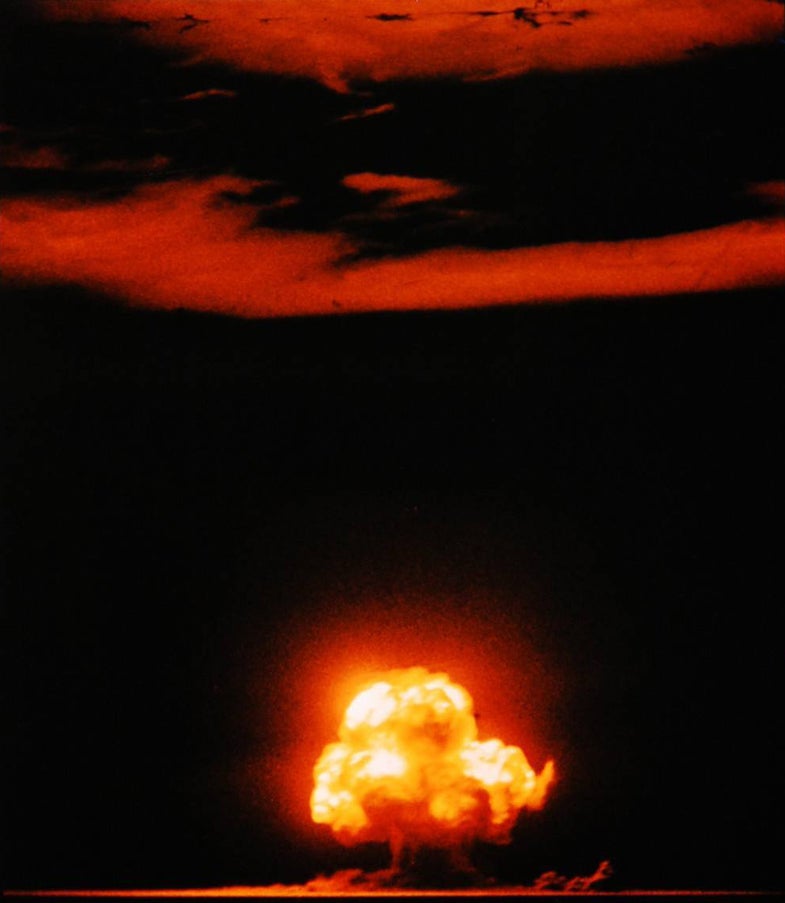 While our friends Jaguar and Ranger toil to model the Earth’s atmosphere, star formation and battery chemistry, other supercomputers are working on classified national security problems. Namely: What happens when a nuclear weapon explodes? Are we sure our nuclear arsenal would actually work, should, God forbid, we decide to use it?

After live nuclear testing ended (or at least was supposed to end) in 1992, supercomputers supplanted explosions so scientists could continue studying how they work. The nation’s stockpile stewardship program, run by the National Nuclear Security Administration at three national laboratories, checks the nation’s nukes for any problems. Supercomputers at Los Alamos, Sandia and Lawrence Livermore national labs conduct tests that can in some ways go beyond the detail of any live explosion, as the Washington Post reports.

For example, several years ago scientists at Lawrence Livermore National Laboratory modeled the life cycle of a nuke, from the moment it leaves storage to the instant it impacts its target. They found some fatal flaws that would cause the warhead to “fail catastrophically,” as the Post quotes Bruce T. Goodwin, Livermore’s principal associate director for weapons programs. The military has since fixed the problem, the Post reports.

The flaw lay in the weapon’s ballistics handling, not its explosivity, so this is something that could never have been revealed in a physical test, the Post notes. The power of supercomputers to model these types of things could negate the need for physical testing, some officials say — but Congress has still not ratified the Comprehensive Test Ban Treaty (although the U.S. abides by it). It turns out not everyone trusts supercomputers. Kyl believes while they are helpful, they’re not a substitute for testing, the Post quotes him saying. “That’s why, even though we’re not testing right now, we should not give up the legal right to test,” he said.

Click through to the Post’s account for the full story on how supercomputers are helping model the most explosive forces in nature.