The Navy’s ultimate stealth fighter drone has achieved a new milestone — it flew in cruise configuration for the first... 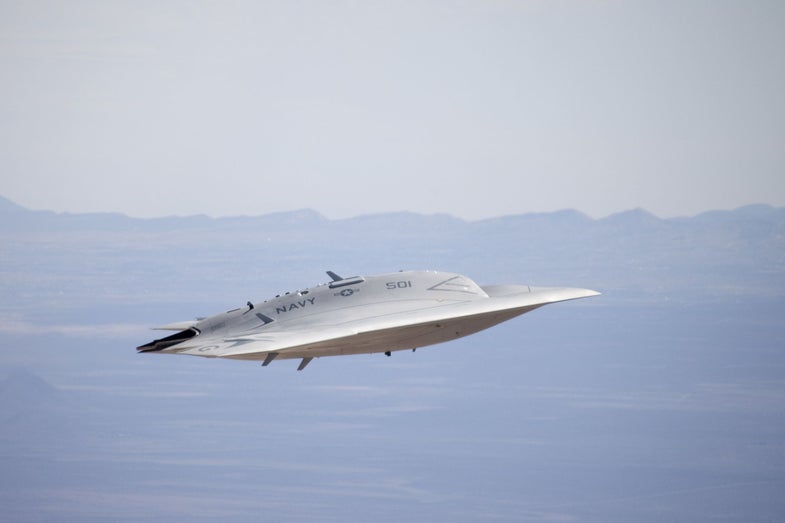 The Navy’s ultimate stealth fighter drone has achieved a new milestone — it flew in cruise configuration for the first time, stowing its landing gear for a streamlined flight.

The jet-powered, autonomous X-47B is designed for aerodynamic flight — it doesn’t even have a tail — partly to improve its stealth capabilities. But until now, its flight tests hadn’t retracted the landing gear, making it difficult to test its aerodynamic attributes. Further tests will help engineers prove the aircraft’s performance under a wide range of altitude, speed and fuel conditions.

Northrop Grumman is developing the X-4B on behalf of the U.S. Navy, which plans to use them on aircraft carriers. The drone is designed as a robotic strike aircraft, capable of taking on a multitude of missions at much higher speeds than its prop-powered kin, the Predator and Reaper.

It will be the first unmanned aircraft to take off and land on an aircraft carrier deck. As such, the Navy is also studying drone intelligence, so each X-47B will not need to pester the tower when the pattern is full. 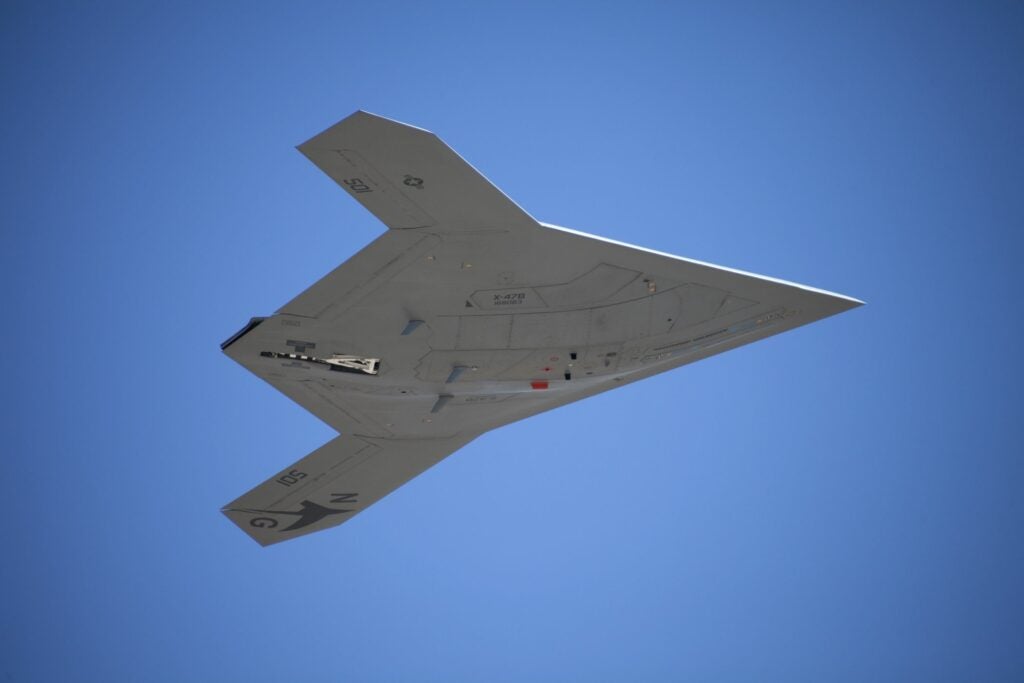