NASA has gone to great lengths to seed and cultivate the commercial space industry over the past few years, but... 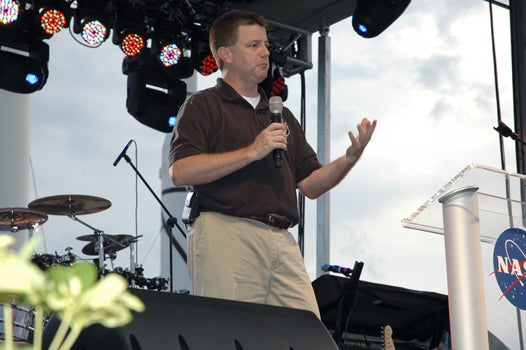 NASA has gone to great lengths to seed and cultivate the commercial space industry over the past few years, but it may want to be careful that it doesn’t make the grass look too much greener on the commercial side. Mike Moses, NASA’s deputy space shuttle program manager and former flight director–the guy who oversaw all shuttle operations over the last three years of the program–is jumping ship, heading over to Virgin Galactic to oversee operations at the space tourism front-runner.

Moses tells Reuters: “I’m more than onboard with NASA’s plan. It’s just that the operations of that system were still eight to 10 years away. I couldn’t just push paper around and write requirements for the next 10 years so I’m going to take another shot at it here in the commercial sector.”

NASA has plans to return to manned spaceflight via a new heavy-lift rocket and manned space capsule that will aim for points beyond low earth orbit. But it’s going to be a while before it gets there. Virgin Galactic, on the other hand, is shooting for a flight beyond the Earth’s atmosphere as early as next year, with regular tourism runs beyond the space boundary commencing shortly thereafter.