Organic light-emitting diodes, thin-film transistors, e-ink and other display technologies get plenty of ink — er, pixels — in these... 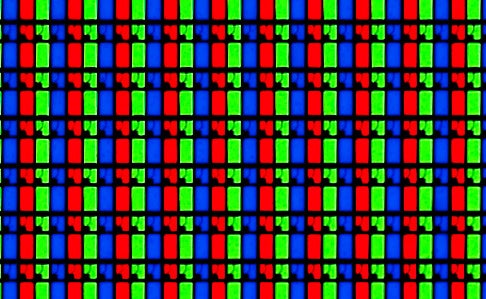 Organic light-emitting diodes, thin-film transistors, e-ink and other display technologies get plenty of ink — er, pixels — in these pages. But a non-traditional mechanical approach could be even more efficient, according to a researcher in Taiwan. Mechanical pixels, made of teeny micro-machines, would be visible in bright sunlight and can use far less power than familiar LCD screens.

Wallen Mphepö of National Chiao Tung University in Hsinchu, Taiwan, proposes building microelectromechanical systems (MEMS) to make iridescent pixels, refracting and reflecting different wavelengths of light depending on their angles of tilt, according to a writeup in the Economist.

Mphepö’s mechanical pixels are made from 30-micron pieces of zirconium dioxide coated with a 1.23-micron layer of silver. A thin-film transistor supplies a voltage that tilts the pixels to a variety of angles. Depending on the angle, some wavelengths of light — read: colors — are amplified or dampened.

This is very similar to the technology behind mirasol, a display system developed by Qualcomm that is just starting to be integrated into products like cell phones and caller-ID-enabled Bluetooth headsets. Mirasol’s MEMS is an interferometric modulator (IMOD), a sandwich design involving a thin-film transistor on a glass substrate, and a reflective membrane. The plates remain separate when there’s no voltage, and pull together in the presence of a small voltage. Each pixel consists of three sub-pixels in red, green and blue, which contract at varying degrees to allow specific wavelengths of light to pass through. But this quadruple-pixel design uses more transistors and therefore more power than Mphepö’s design.

Mphepö’s pixels’ 1.23 micron width isn’t arbitrary, but represents twice the value of the average wavelength of visible light, the Economist’s aptly named Babbage blog notes. This size enables a wide range of angular differences to account for the entire color spectrum — so each pixel doesn’t need three RGB sub-pixels to work. They would also shine in bright sunlight, unlike other display screens, according to Mphepö.