Iran Indefinitely Suspends Plans to Launch a Monkey into Space

Iran’s ambitious 1960s-styled plans to send a live monkey into space aboard one of the Islamic Republic’s Kavoshgar-5 rockets have... 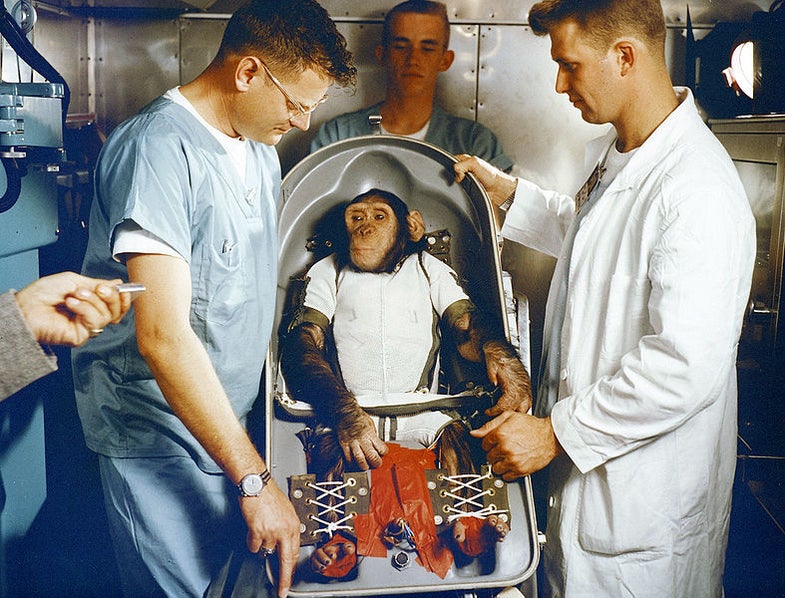 Iran’s ambitious 1960s-styled plans to send a live monkey into space aboard one of the Islamic Republic’s Kavoshgar-5 rockets have been suspended indefinitely, a top space official told Iranian state television today, which pretty much dashes any hopes that we might see a primate hurled into suborbital space before year’s end. Hamid Fazeli, Iran’s space chief, said earlier this summer that the launch would happen by late August, and he did not give a concrete reason for the postponement of those plans today. But it marks a setback for Iran’s space program, which hopes to either launch a manned space mission by 2020 or develop intercontinental ballistic missiles capable of reaching the West, depending on who you ask.