New shoes with built-in GPS devices will go on sale this month to help track dementia patients who wander off... 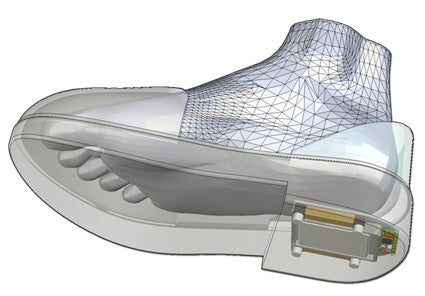 New shoes with built-in GPS devices will go on sale this month to help track dementia patients who wander off and get lost. Caretakers can download a smartphone app that allows them to track the person wearing the shoes, which could help patients with Alzheimer’s disease stay in their homes and live autonomously for longer periods.

Caretakers or family members can even map out a “safe zone” in which their Alzheimer’s patient is free to walk without sparking worry. When the person wanders out of the safe zone, the GPS shoes will trigger an alert.

The shoes are finally going on sale two years after GTX Corp., maker of miniaturized GPS person-finder technology, announced their plans. The company said last week that the first shipment of 3,000 shoes has been distributed to the footwear company Aetrex Worldwide, which manufactures comfort shoes and orthotics. MedicAlert Foundation, which makes those eye-shapd engraved medical bracelets and operates a 24/7 emergency hotline, will provide location-based emergency services. 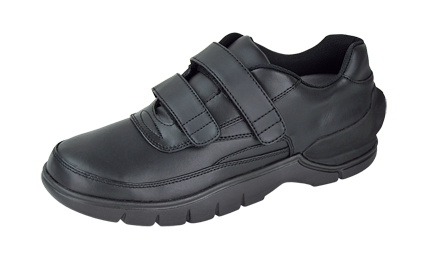 Designed for the elderly.

GPS tracking of dementia patients is not a new idea, but it’s difficult to ensure that a patient is always wearing the right watch or gadget that will allow them to be tracked. Some Alzheimer’s patients become paranoid and confused by new jewelry or clothing and remove them, according to Andrew Carle, a professor at George Mason University’s College of Health and Human Services, who advised the project and discussed it with the AFP. The shoes could be a simpler way to track them — odds are better that a patient won’t walk out the door without his or her shoes, at least in the early stages of the disease when wandering is a problem. The shoes look like any other senior-specific walking shoe, with a small lip that juts out near the heel.

About 5.4 million Americans suffer from Alzheimer’s, a number that is expected to nearly quadruple in the next 40 years, according to the Alzheimer’s Association. Many states have Silver Alert notifications to help search for wandering senior citizens, but time is of the essence — up to half of wandering seniors suffer serious injury or death within 24 hours — so GPS would be much quicker. The shoes were originally conceived for runners and children, according to the AFP, but GTX changed their plans when Carle advised them on the need for tracking Alzheimer’s patients. Find out more about them here.