Apple’s iPhone 4S announcement yesterday was somewhat anticlimactic save the incorporation of Siri, a voice-command application that is now integrated... 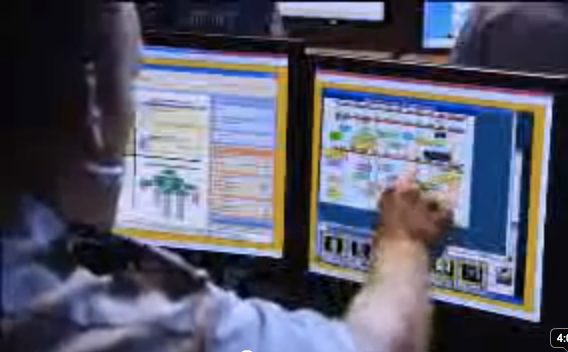 Apple’s iPhone 4S announcement yesterday was somewhat anticlimactic save the incorporation of Siri, a voice-command application that is now integrated deeply into Apple’s new iOS 5 and allows users to ask their phones questions and give them commands in natural language. And if that kind of voice recognition and command sounds somewhat familiar to you technophiles, it should. Siri is the indirect spawn of DARPA, Danger Room reports, envisioned to help military commanders organize their data and otherwise make sense of fast-moving situations.

Like so many good technology stories (especially where DARPA is concerned), this one starts with a clever acronym: PAL. The Personalized Assistant that Learns program was initiated by DARPA to create a kind of early PDA for military commanders (cheesy demo in video below). The idea was to create a system with adaptive AI for data retrieval and synthesis. Ask PAL to do something and it would, but it would also observe how you used that information. The next time you asked it for similar information or to perform a similar task, it would use its prior observation to figure a better way to do it. Each officer would have his or her own PAL that built its methods around that officers preferences and style.

Under PAL, a California-based company snared a multi-million dollar research contract to develop a system called CALO, for Cognitive Agent that Learns and Organizes. CALO was supposed to hit the high marks outlined for it under the PAL program, and SRI went to work developing the various piece of software that such a system required.

But PAL never really panned out. It was envisioned to be something like the spaceship command computers ubiquitous throughout science fiction: “Computer, set a course for Andromeda and prepare for jump to light speed,” or some such. Perhaps it was just an idea that came a bit before its time.

Nonetheless, the military’s loss is Apple’s gain. SRI, eager to capitalize on the technologies it had been incubating, spun off Siri Incorporated to build a smartphone app in 2008. Thus, Siri was born, and in short order snapped up by Apple for untold millions. The culmination of all this was revealed yesterday, when we learned that Siri will be integrated into Apple’s new iOS system. We won’t exactly be coordinating warships with Siri, but at least someone will answer now when we shout at our iPhones. More at Danger Room.