Among the many factors keeping wind power projects from getting their legs is the annoying and sometimes dangerous tendency for... 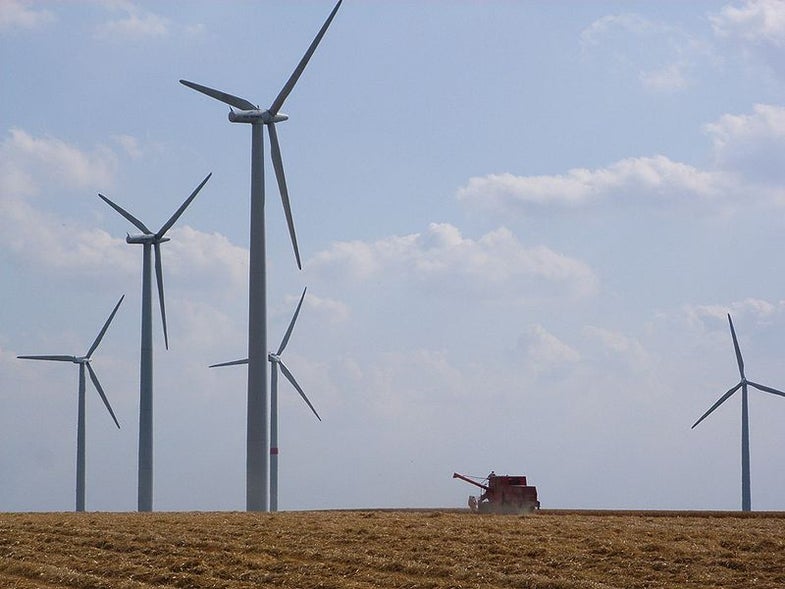 Among the many factors keeping wind power projects from getting their legs is the annoying and sometimes dangerous tendency for moving wind turbines to mimic aircraft on an air traffic controller’s radar screen. The problem has led to the stalling of some wind projects and criticism of others, criticism that isn’t helping the larger roll out of renewable energy resources. But startup Aveillant has a technological fix that could get things rolling again: 3-D holographic radar that can spot even small aircraft flying among wind turbines.

Traditional radar works by sending out a rotating radar beam that sweeps 360 degrees, scanning for objects in the air and registering their positions on each pass. Holographic radar doesn’t scan, but rather maintains full 360-degree 3-D tracking at all times. As such, it can readily distinguish between a stationary wind turbine and a moving aircraft. And if deployed near existing and potential wind turbine sites, it could be the difference not only between safety and tragedy, but also between a wind project getting wrapped up in red tape and moving forward.

How well does all of this work? We’re not really sure. But the Department of Defense seems to think it works pretty well. Aveillant is a spin-out from Cambridge Consultants, which has been using 3-D holographic radar systems to help the Navy improve the accuracy of its artillery target practice while vastly reducing costs (if you can actually see where a shell lands via radar, you don’t have to use live rounds or so many dummy targets). The U.K.’s Aviation Management Board has also selected the technology as a reliable radar fill-in solution.

Considering the U.S. and the U.K. are the two countries having the biggest problems with wind turbines conflicting with air traffic control, those endorsements are pretty important.