We hear so many negative things about the F-35 Joint Strike Fighter (JSF) program these days: cost overruns, missed deadlines,... 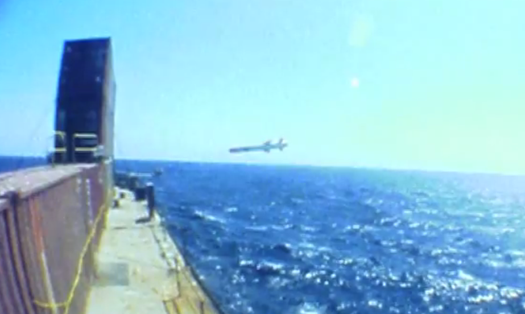 We hear so many negative things about the F-35 Joint Strike Fighter (JSF) program these days: cost overruns, missed deadlines, technology failures, etc. So it’s nice to see a video of a small piece of the larger JSF initiative moving forward–and moving quickly. It’s not part of the plane itself, but a stealthy cruise missile developed by Norway’s Kongsberg Defence & Aerospace, and it’s looking for a ship to sink.

The Naval Strike Missile is a fire-and-forget cruise missile–that is, you preprogram the missile with a target, and it finds its own way there. The 900-pound NSM is super-nimble and equipped with GPS and other inertial and terrain-based systems that allow it to hug the contours of a coastline, cruise just above the surface of the ocean, or negotiate terrestrial terrain at very low radar-evading altitudes.

The NSM is expected to be a regular payload aboard the F-35 Lightning II when it finally enters service, and if the video below is any indication it will be a formidable adversary. Watch as the missile is launched from a California test range, “sea-skims” low across the Pacific, flies low over an island, and then acquires its target on the far side. Not to give the ending away, but this naval vessel doesn’t stand a chance.