With its own theme song to boot 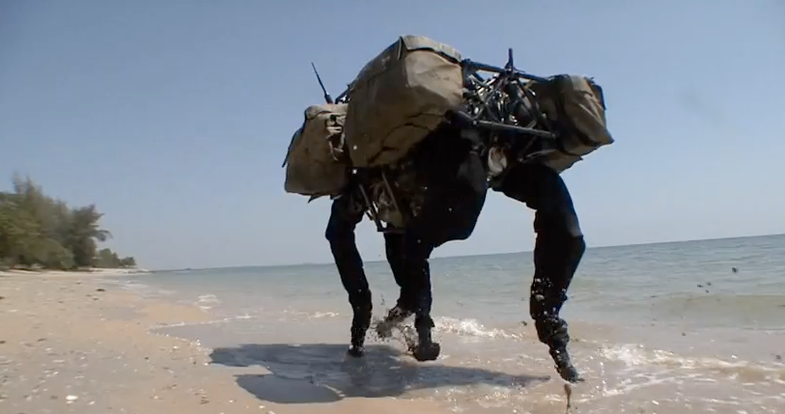 The proud roboticists at Boston Dynamics compiled a nice new video featuring the greatest highlights from the life and times of BigDog, to whom PopSci first introduced you five years ago. From robot pup playtime to a beach vacation in Thailand, BigDog has had plenty of adventures.

Several of them have been chronicled in these pages — click here for a clip of BigDog scrambling to regain its balance after slipping on a patch of ice, for instance. But the below video has the added bonus of a new bluesy theme song, with a beat seemingly written to match BigDog’s jaunty gait.

BigDog uses a system of hyper-responsive hydraulic joints, sensors, accelerometers and gyroscopes to keep it on its four legs. Boston Dynamics says the creature can run at 4 mph, climb slopes up to 35 degrees, walk across a wide range of terrain, and carry 340 pounds. It’s designed to go wherever humans would go, carrying their load without complaint or the urge to sniff the ground every six inches. It’s funded by DARPA, naturally.

In pup mode, it performs a doglike “let’s-play” stretch; later in its life, it gets down to business, leaping like a greyhound and tromping through the snow like an AT-AT walker. Turn up the sound and check it out.