Heart Patch Made of Gold Helps Cardiac Tissue Rebuild Itself

Giving cardiac patients a heart of gold nanowires could ensure engineered tissue works like it should, pulsing in unison to... 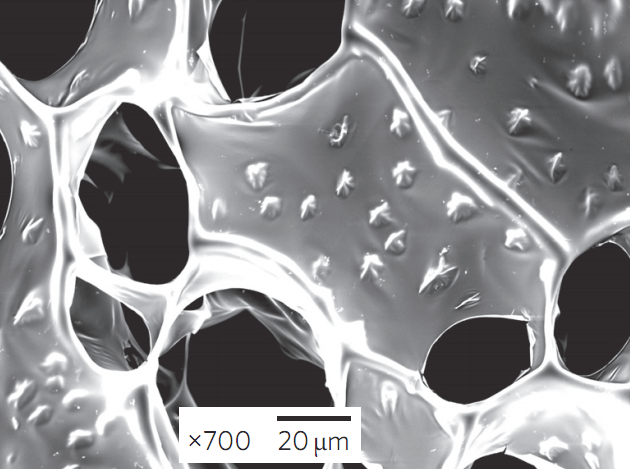 Giving cardiac patients a heart of gold nanowires could ensure engineered tissue works like it should, pulsing in unison to make the heart beat. First growing nanowires and then growing heart cells, engineers from MIT and Harvard University say their new muscle-machine blended heart patch improves on existing cardiac patches, which have trouble reaching a consistent level of conductivity.

Fixing cardiac tissue damaged in a heart attack is one of the great current challenges in tissue engineering. Heart cells are particularly hard to make in the lab, requiring special care to develop into the proper type of beating cells. Once they’re made, it’s difficult to seed them into a broken heart. We’ve seen a couple successful examples of this, including a stem-cell-based heart patch developed by Duke University researchers. But these patches are poor conductors of electricity.

Electrical signals shared among calcium ions dictate when cardiomyocytes contract, making the heart beat. But tissue scaffolds are often made with materials like polylactic acid or alginate, which act as insulators, so the signals are blocked. This makes it difficult to get all the cells in a piece of tissue to coordinate their signals and beat in time, which in turn makes it difficult to build a very big or very effective heart patch.

The Cambridge-based team, led by Daniel Kohane, a professor in the Harvard-MIT Division of Health Sciences and Technology, gets around this problem by integrating gold, an excellent conductor. They mixed alginate, a gummy substance often used in tissue scaffolds, and grew gold nanowires throughout it. Then they seeded the alginate with cardiomyoctes from rat embryos, and monitored calcium levels to gauge their electrical conductivity. Compared to a typical scaffold system, the gold nanowire cells’ conductivity improved by three orders of magnitude. Kohane said it was “night and day.”

It could be useful for implanting heart patches that beat in sync, the team says. It could even be used for other conductive tissue scaffold projects, perhaps engineered neurons. The research was published this week in Nature Nanotechnology.