It’s safe to say that most of us have come to accept, if not embrace, the abundance of wireless technology... 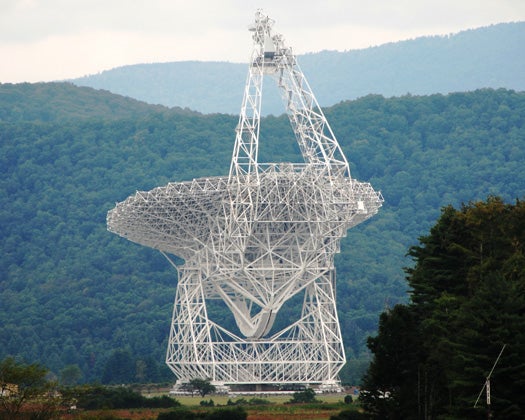 It’s safe to say that most of us have come to accept, if not embrace, the abundance of wireless technology in our everyday lives. Not so for certain Americans who believe they suffer from Electromagnetic Hypersensitivity, or EHS. According to the BBC, five percent of Americans think that exposure to electromagnetic fields created by Wi-Fi and mobile phones are causing them to suffer headaches, muscle spasms, burning skin and chronic pain. And some of these people are seeking refuge in the secluded mountains of Appalachia.

Towns like Green Bank, West Virginia are part of the U.S. Radio Quiet Zone, 13,000 square miles of wireless free land created to keep transmissions from interfering with radio telescopes like those owned by the military and the National Radio Astronomy Observatory. Some of those who believe (and we keep saying “believe” because there is some controversy about the medical validity of the claims) they feel ill effects from Wi-Fi have sought refuge in these hills.

A University of Maryland physics professor quoted in the BBC piece disagrees with the self-diagnoses, saying that Wi-Fi radiation is far too weak to cause changes in body chemistry and make people sick. The World Health Organization fact sheet on EHS says that “the symptoms are certainly real,” but that “EHS is not a medical diagnosis, nor is it clear that it represents a single medical problem.” As of 2010, Sweden was the only country that recognizes EHS as a functional impairment, even paying to have sufferers’ homes electronically “sanitized” by installing metal shielding.

However, a study conducted by Louisiana State University claims to prove that the effects of radiation are real, relying on the results of an experiment in which a self-diagnoses sufferer was bombarded with both real and fake rays and asked about her symptoms. But neither this study nor any other similar studies have been accepted by either the medical or or scientific communities. You can read more about this illness, or non-illness, in our feature on the subject.

Still, the sufferers of whatever this is, or isn’t, seem to find some relief in moving to the mountains of West Virginia.