After A Magnetic Pulse to the Brain, Study Subjects Cannot Tell a Lie 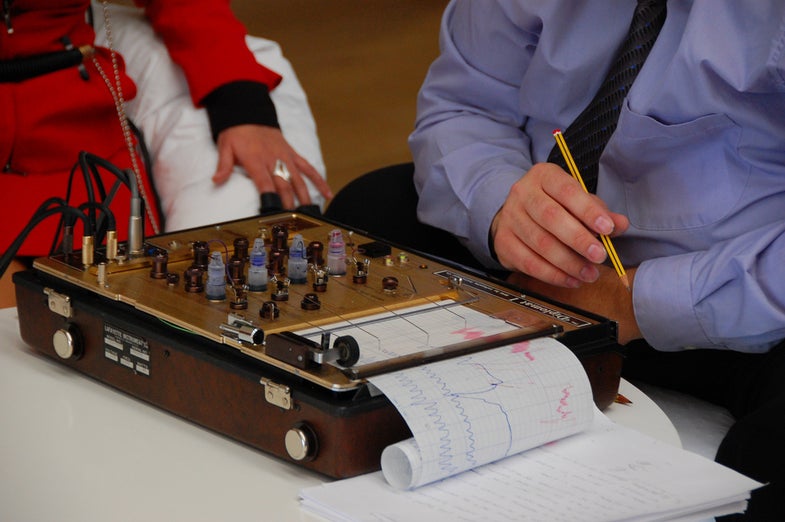 The act of deception is probably as old as civilization — not long after humans began communicating, they began communicating lies. Shortly after that, they probably started trying to force others to tell the truth. Modern technology has given us a few options in this arena, from dubious polygraphs to powerful drugs — and now a new study suggests brain interference can work, too.

Stimulating part of the front brain alters the simplicity of lying, according to Estonian researchers. Magnets applied to the dorsolateral prefrontal cortex, the area right behind your forehead, can have an amplifying or dampening effect on fibbing abilities.

Inga Karton and Talis Bachmann worked with 16 volunteers who submitted to transcranial magnetic stimulation, which can stimulate some parts of the brain and not others. Transcranial magnetic and electric stimulation is being used to study several complex aspects of human nature, like morality, memory and learning patterns that can impact autism, and even speech. The stimulation temporarily interferes with the affected area, causing it to function differently.

In this study, volunteers submitted to TMS to stimulate their dorsolateral prefrontal cortex, which is thought to be involved in decision-making, complex thought and deception. Like most of the brain, it has a right and a left side, which are both responsible for different tasks. The volunteers were shown a series of colored discs, and told they could tell the truth or lie about their colors. Half were stimulated on the left, half on the right.

The eight people who had their left DPC stimulated lied more often, the researchers said. The ones with the right DPC stimulated were more likely to tell the truth. The experiment was repeated while a different brain region was stimulated, and that region, the parietal lobe, had no effect.

“Spontaneous choice to lie more or less can be influenced by brain stimulation,” the researchers write.

It wasn’t exactly a robust study — it involved just 16 people, and they had nothing at stake when they were asked to lie — but it suggests a possible new method for truth-seekers. 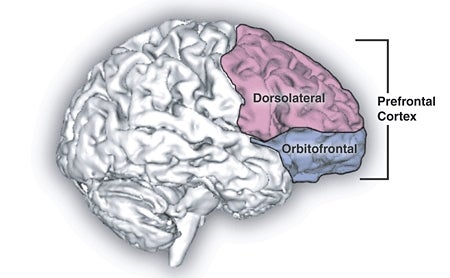 The dorsolateral prefrontal cortex in the brain (shown in purple) is thought to be intimately involved with the process of decision-making.

Most studies of deceptive behavior have examined brain activity during mock thefts or pretending not to recognize objects, the researchers write. Here, the subjects had no “criminal” reason to lie, yet they did anyway; the researchers were able to study the brain regions responsible for this behavior. This raises some interesting philosophical, if not physiological, questions. If there are no practical or moral benefits to lying, why do we do it? That’s presumably a question for another study. This one is reported in the journal Behavioural Brain Research.