Using point-cloud construction rather than polygons, the software promises digital environments that are 100,000 times more detailed than the current state of the art 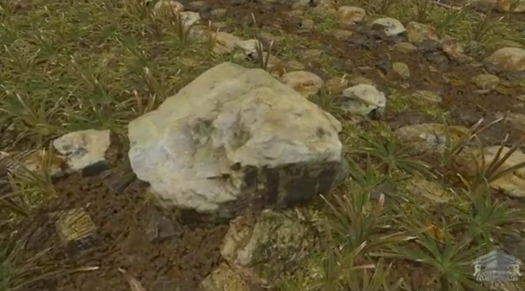 A little more than a year ago, we wrote about an Australian hobbyist named Bruce Dell who was claiming–with video evidence to back it up–that he’d created a new graphics technology that could deliver unlimited power. That is, rather than working with a limited number of polygon shapes (restricted, of course, by computing power), a graphic environment could be built from an infinite number of 3-D virtual atoms, much like the physical world. It was a cool idea. Then Dell and his Unlimited Detail graphics system disappeared.

Now Dell is back with a company called Euclideon and a new video describing the progress he’s made on his software over the last year. And again, it looks pretty impressive if completely unverifiable.

The idea, on its face, doesn’t sound impossible. Basically, Unlimited Detail eschews the usual polygon shape construction for a point-cloud construction for his virtual environments. But an infinite number of 3-D atoms would require an infinite amount of computing power to render. Even a small number of detailed point-cloud objects would require tons of computational wherewithal.

Unlimited Detail circumvents the computing power problem, Dell says, by acting like a search engine that figures out, in real time, which points need to be rendered to create a certain view from a certain perspective. So only the “atoms” that are being viewed in a given frame from a certain perspective are actually rendered at any given time. The rest go un-rendered in the background. Less rendering means less computing power consumed.

In the video below, Dell describes in perfect exhilarated-Aussie just how awesome this technology could make our video game worlds and other virtual environments. Unlimited Detail can now pack one million atoms into a single virtual cubic inch, allowing for unprecedented detail. And it could make such environments less virtual, allowing game designers to “scan” in objects from the real world and present them as they look naturally, making video game worlds a kind of hybrid reality with some parts real and some parts engineered by artists.

This is all assuming that Unlimited Detail really works. Dell and company are still keeping a lot of secrets and have said they’ll probably go quiet again after this one-year progress report so they can finish up their work. So, once again, you’ll have to judge for yourself.