U.S. Spy Agencies Want Software That Can Figure Out Where Any Photo Was Taken

American intelligence agencies are hoping to turn propaganda videos, images captured from enemy data caches, and other pics snapped with... 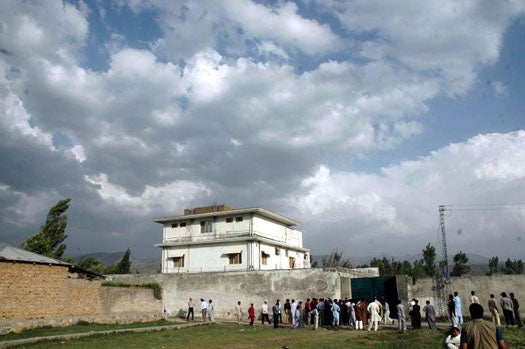 American intelligence agencies are hoping to turn propaganda videos, images captured from enemy data caches, and other pics snapped with or without the subjects’ knowledge into readymade geolocation tags via a system that can identify exactly where any photo was taken anywhere in the world. If successful, such a tool could turn images captured from enemy hard drives–like those snatched from Osama bin Laden’s Pakistan compound back in May–into the makings for a point-by-point Google map of terrorist travels.

Of course, intelligence analysts do this already. Gathering as much info as they can from images–flora, fauna, architecture, topography, local garb, etc.–they try to establish, at least within a reasonable margin of error, where a photo may have been taken. But this method is imprecise, slow, and extremely labor-intensive. Automating the process could produce better, more actionable intelligence. That’s the idea anyhow. First engineers have to make it work.

The Finder Program, as it is known, was commissioned by IARPA (it’s the DARPA of the Intelligence community) to incubate a computer technology (read: powerful algorithms) that can automate this process while reducing the time it takes to analyze intel, making that intel more accurate/actionable. It wants software that, with the help of a human analyst, can look at any image or video taken outdoors anywhere on the land surface of the world and extrapolate the GPS coordinates.

It’s a tall order, but one with the capacity to drastically alter the way intelligence agencies hunt terrorists (and that’s not even accounting for the law enforcement applications). Moreover, it could rob politically-driven terrorists of a key PR tool, making those propaganda videos depicting terror-trafficking bad guys lazing in their remote mountain hideouts and training camps a dangerous gamble.